On June 9th, at 6.45 PM, Naveen suggested for wedding shopping at Zudo. Sunny is getting married and Naveen picked a blue kurta and to match the dress, he wanted a decent foot wear. We walked into Zudo.

I was strolling around and tried out some foot wear, Akhila called saying, "Mohan mama chanipoyaru." Mohan mama passed away. There's no space of doubt. She declared that he's dead. 'How are you so sure of it?,' I asked. She narrated, "Mama pulse was low and it had hit 60 in the afternoon. His sugar levels were down. To maintain his sugar levels, he had an insulin shot and ate a little. Upon's Akhila's suggestion at evening, he was quickly shifted to Hospital. He couldn't respond to CPR, he couldn't respond to his sons' Preetam and Danny's call, neither for his wife, my aunt Chitti's screams. The doctors in the hospital declared him dead.

This is all my Dad could share with Akhila and Akhila with me. "Can we confirm again?" I asked her hoping that there's a chance for some survival. "I tried calling Dad and mom. Both seemed to be in hospital," my sister responded.

Without thinking much, a few things seemed very clear to me. I'd miss my best friend's Sunny's marriage event. I need to start my journey to Kadapa and attend the family.

A lot of thoughts flashed, if I'm given a choice to attend a marriage or funeral. What would I choose? I began to think. It's important to be with loved ones in tough times rather than the happy times, a thought flashed. I'd not be honest, If I mentioned that I felt bad to miss my friend's marriage but, equally, I badly wanted to be with the family to support them during this untimely loss. 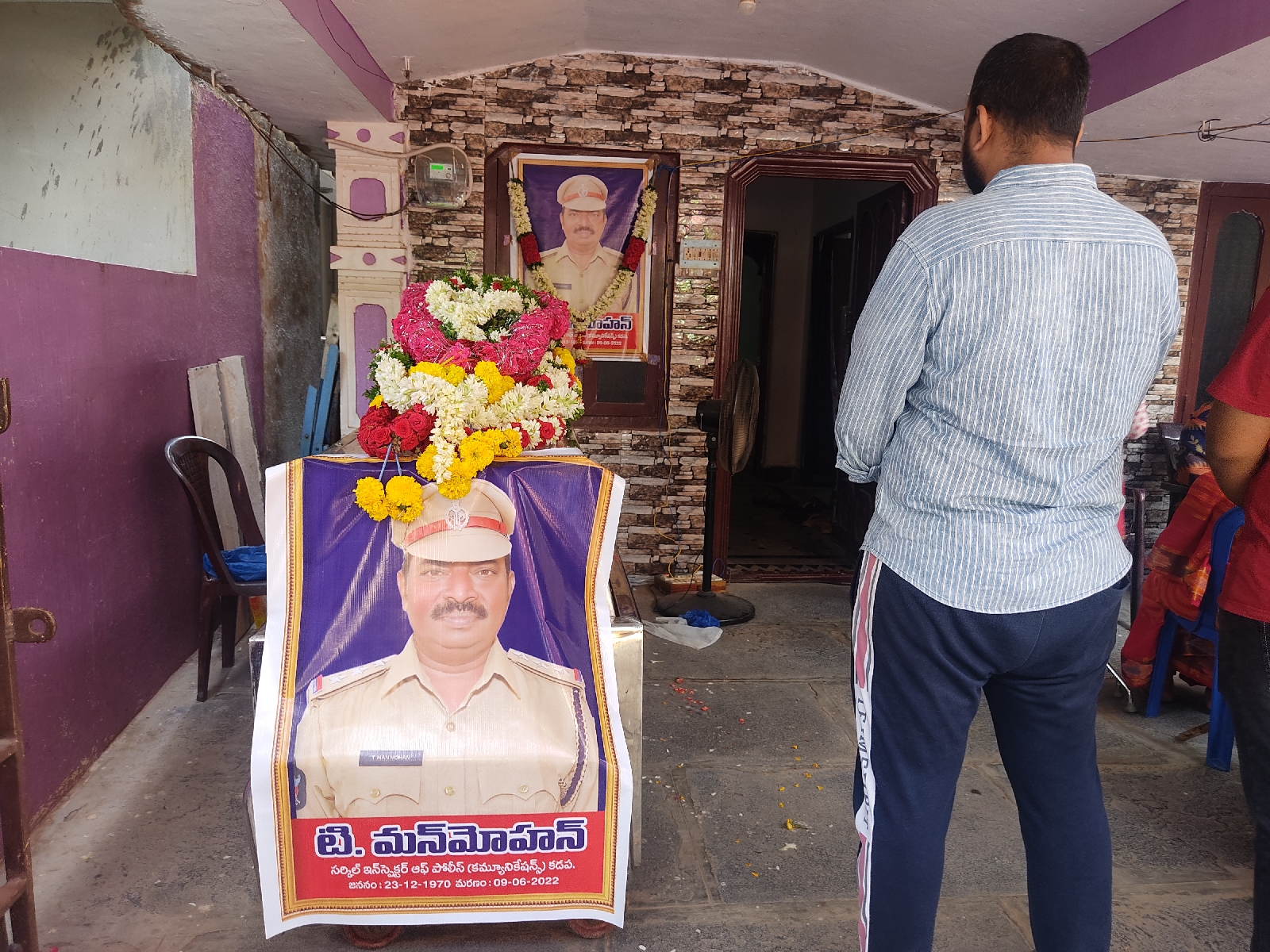 He worked in the Police Department as Inspector of communications which is something I knew in half. All the years I know about him, he talked a bit here and there about his work with me. I always wanted to see him in his uniform. Never had a chance to see him in uniform though.

My early memories with Mohan mama are at their earlier residence at Patel Road, Kadapa. In 2000s, whenever I visited Kadapa during Summer holidays, I'd spend a day or two at Mohan Mama's place. My aunt is lovely cook and always cooked chicken curry, biryani and for sure, a dessert. Mama is cheerful and used to play a lot of badminton. I remember him leaving house early in the morning for games, come home and eat a lot of idles with chutney turning on Mtv Hindi and Channel V, listening to songs. He used to listen to a lot of  Hindi songs.

I have a good rapport with my cousins, uncle sons- Preetham & Danny. Preetham is of my age and Danny is a few years younger to me. We used to play around and chill out at home.

In 2007, Mohan mama along with his family, visited Nellore to my other aunt's house. I could see mama being more cheerful and open. In family circles, he seemed to be reserved but, he's not. He's comfortable with a few and with others, he's comfortable being distant.

I had a good relation with him. Whenever I visited, we could talk for long time. We always had some topics to discuss. Recently, we were talking about Mt.Abu and Abu Road. He's informed of the army bases and other training facilities Mt.Abu has. He's knowledgeable and quite chatty.

At one point of time, he was totally into alcohol and smoking. I never saw him drinking or smoking in front of me though. Even in home, I was told that he'd smoke in the washrooms but, not in front of his children. I wonder how he felt about his smoking and drinking.

May be he was not doing that out of enjoyment and added a lot of shame to his habits.

In 2015, My uncle underwent through series of operations and had to undergo dialysis. I always remember him eating a lot of delicious food. From watching him enjoying his sumptuous food at home, I was saddened to see him eat bland food on a hospital bed. From then on, my aunt, and cousins had tough time as caregivers.

My uncle resumed his job after a series of operations. Dialysis process was set up at home. My cousin had to return to home to attend the family. Come what may, every day, at night my uncle had to undergo the dialysis process. I remember talking to Preetam about this, on long walks. Earlier, Preetam and I had a chance to go out for a dinner and chat. But, after my uncle's hospitalisation, night plans were never an option.

I spotted Preetam and Danny sitting near my uncle. Both of them were deprived of sleep. My aunt was inside. All the relatives showed up at home. One of the relative called out Preetam to bring tooth brush for them. Preetam told to Danny. Danny was on his way. I offered him help and got what is necessary. My Dad was out making the necessary arrangements. I wondered what it is to attend others' needs during the funeral rather than grieving for the loss. 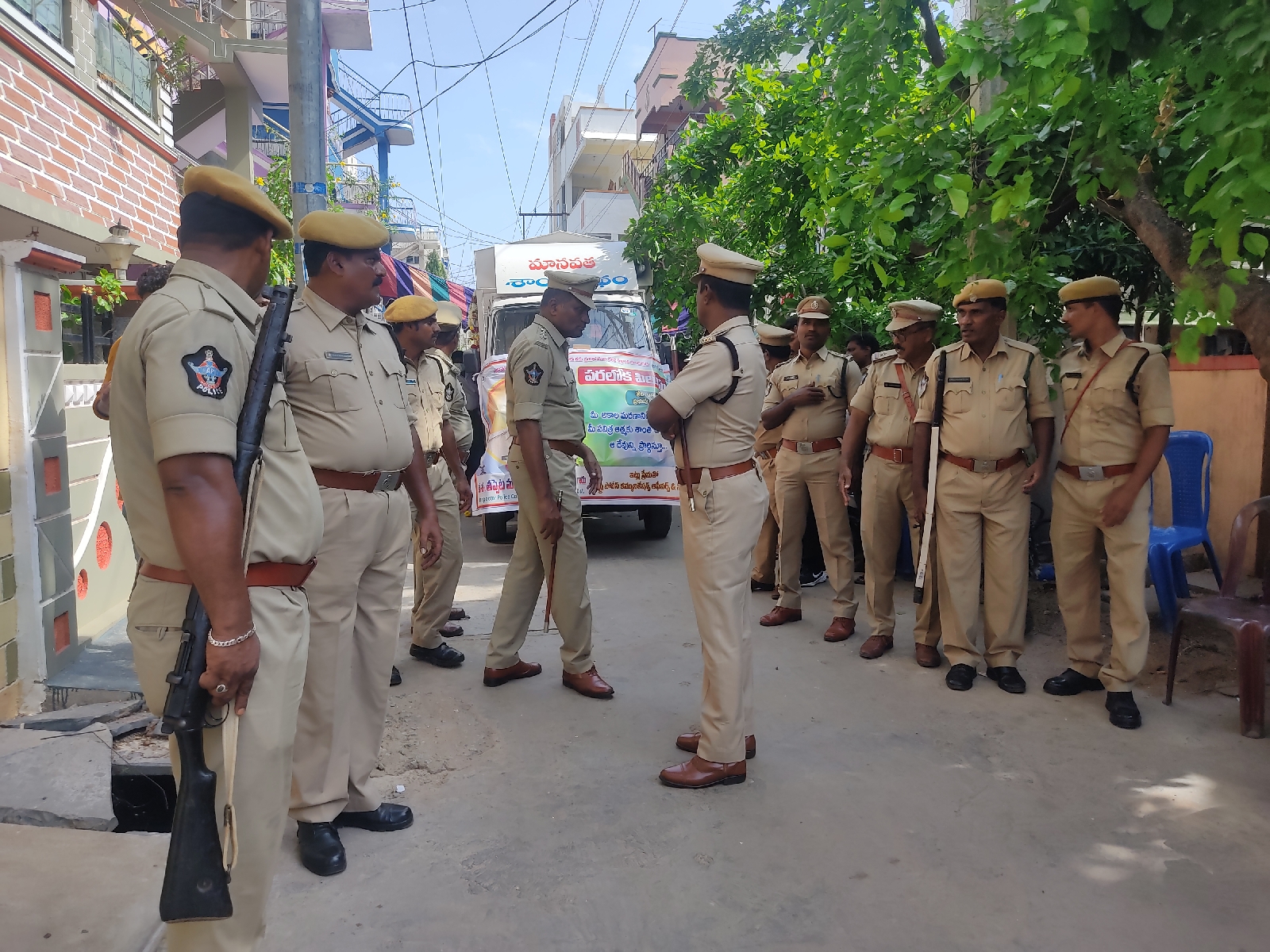 A lot were walking in with garlands and standing next to their children. I was not ready to watch my aunt in such situation. I didn't walk in to the house. I was standing out with Preetam and Danny. There was nothing much to talk about except be there and just be there.

Slowly, a lot of police personnel walked in with the garlands. A few walked in for the work and a few to bid a last bye. Everyone wanted a picture as they were offering a garland. As SP, Deputy SP joined at home, the environment at the street could be anticipated. First a few police officers walked in. Later, a jeep with two police officers jumped out. And then came the white Innova in full speed in a small street. Everyone were on their toes as SP was about to attend the family. All the police officers saluted, one had the garland ready. SP quickly offered his respect and talked to the family. In the same way, Deputy SP, Head of police communications and other big police officers paid their respects.

All through out this events, my aunt was unconsolable. Preetam was silent and had no expressions on his face. Danny was sitting next to my uncle staring at him. I had to leave them to bring some material for the funeral. Other relatives were busy bringing the coffin and getting the grave ready at burial ground.

I wonder, how one has to attend all these funeral logistics, without taking time to grieve. The memories would flash, the reality would surface but, still we got to call that van who'd give the last ride to my uncle.

Watching everyone and sometimes at uncle, emotions dwelled but, I couldn't cry. Is it any conditioning that boys shouldn't cry or what's wrong with me? I couldn't cry but I was aware of the emotions I was going through. My cousin was standing still supporting his mother all through out.

A lot of police officials arrived and offered their last respects. As time passed by, there were only a few people arriving. One lady neighbour walked in to pay her respect. Besides, offering garland, she walked near my cousin and asked how it happened. As my cousin began to retell the whole incident, she, without any second thought, began to give her suggestions. "You should've taken him to hospital. You should've given him more food. You should have been bit early in responding." The suggestions didn't stop.

How can these people be so insensible, I thought. Someone is grieving for the loss. No suggestions would bring him back but why does one not think, what to talk, when to talk and where to talk. I wanted to tell her, No dear neighbor, we don't need your suggestions!. Instead, I could only see my cousin's face nodding,  struggling to respond to her words.

As it was beyond lunch time, 1 PM, my dad got worried about the food for everyone who are at home. The funeral has to happen. The bellies also need to be fed. As he was thinking what to do, uncle friends already worked on this and ordered food for 50 and odd people. Right from what to order and where to order, they got it sorted. Right from plastic plates and glasses, they got it covered. "Don't worry, we already took care of this and ordered for everyone." they responded when dad went to ask how many would need lunch. Everyone were volunteering to be of support to the grieving family.

On one side, the lunch was organized and other side, a discussion on when to visit the grave yard and by what time the coffin would come and at what time, we'd go to church.

The coffin arrived at expected time. Family members got engaged in the last bath/cleaning. As it was time to place uncle in the coffin, the coffin had to be customized. People began to discuss how to tinker the present coffin as getting a new coffin would take more time. I couldn't think how tough it'd be to everyone to engage in these logical rational conversations when they're going through a turmoil of emotions.

After a lot aye and nay, we got it sorted and began to head to the church and then cemetery.

Police department paid their last due respects by gun salute. In quite silence, the gun sound shook us up to ponder on life and death. All this love and respect to the person who can't witness it anymore. 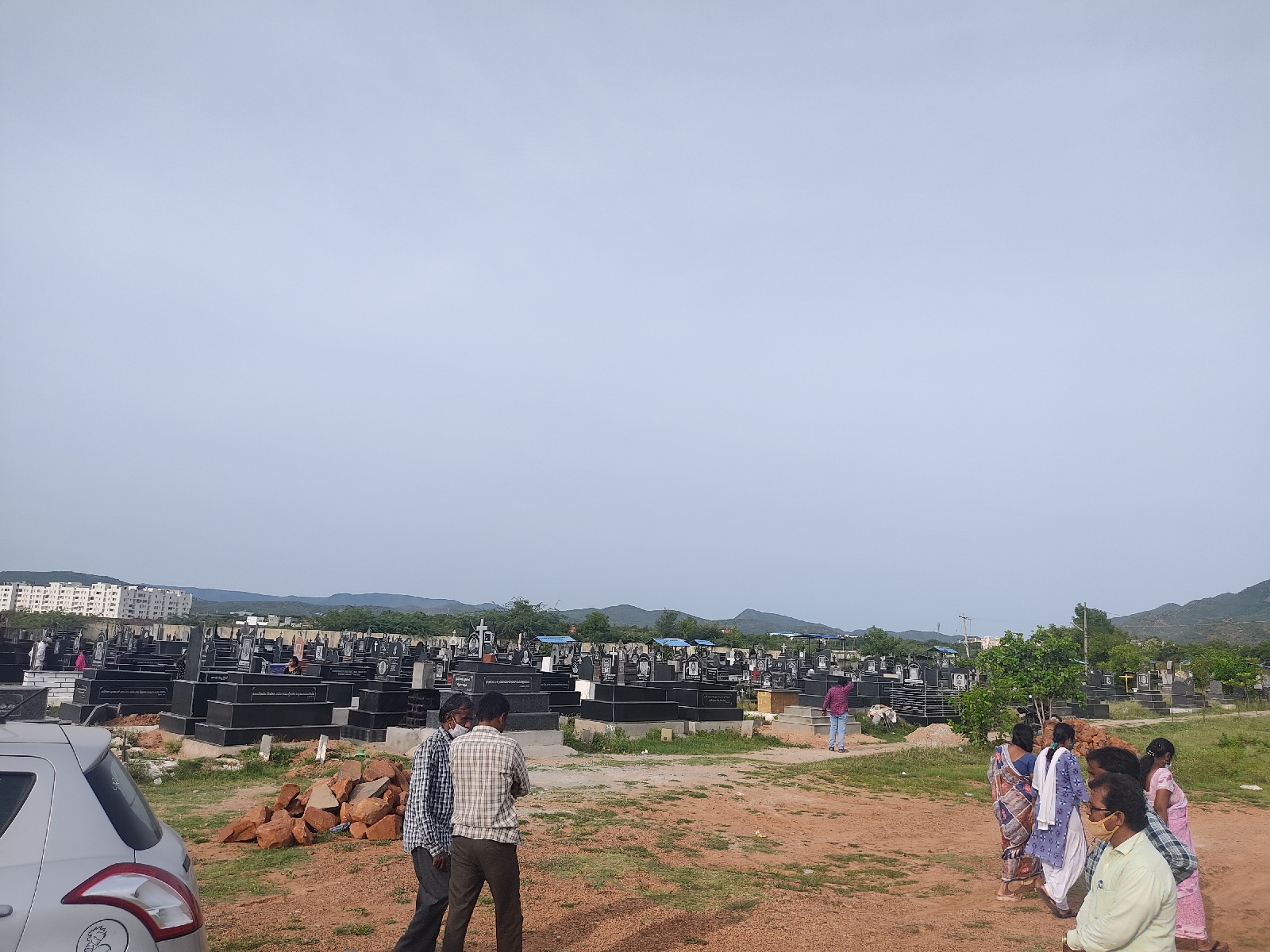 The only thought I take away, walking away from the grave after offering last respects to my uncle is, DO NOT WAIT UNTILL PEOPLE ARE DEAD TO GIVE THEM FLOWERS.

- July 01, 2022
Email ThisBlogThis!Share to TwitterShare to FacebookShare to Pinterest
Labels: life in words