I met Ridhan at Verapura school while his mom was shuffling between work and babysitting him. 14-month-old Ridhan loves to run away from his mom to play. He manages to run on the steep slope. He trots on the sand. Too tall to climb the steps, he gets on his knees and climbs stairs one by one. Ridhan can do anything but, stay silent. 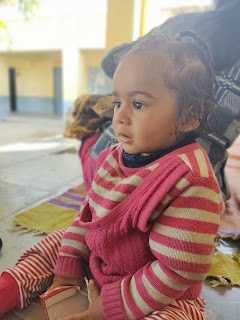 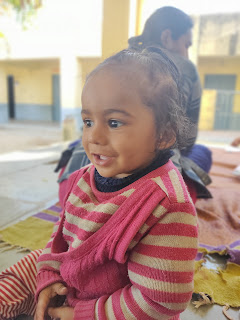 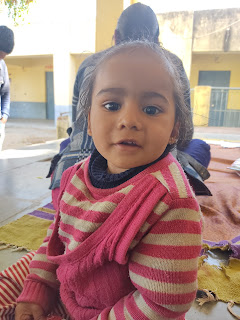 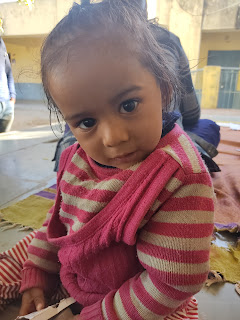 Children love to explore. After walking along with him, playing hide and seek for half an hour. We settled in a corridor with my bag lying aside. He wants everything that's in my hands, an inquisitive observer. I handed him an eraser box. He looked at the box, felt it, turned it around. After a few minutes, he managed to open the box. Once, he realized how it opens and closes, he did it several times. He discovered that he could empty the box and fill it again with the erasers. Once, twice, thrice, he never got tired out of it. He loved emptying the box and filling it again.

As he went on fiddling the paper box, different flaps of the box came out. He took out each flap, tried to remove it, and was successful at it. For thirty minutes, we played with an eraser box.

I discovered that babies love to explore and experiment with the things they got. There's no point to give them random toys that they cannot fiddle with. Give them anything(keep safety in mind!) children would love to explore them. Instead of spending a lot of money on toys, one can always make creative stuff to entertain children, also help them for holistic development. Check out www.arvindguptatoys.com

Jaipur journals- Own your Story

It’s my 12 th day in the campus where I live with these people with whom I dine every night. And we gather talking about everything under ...