Picked from Miss V's Playlist. Aaraadhike is a soothing song sung by Sooraj Santosh and Madhuvanti Narayan. There are songs composed for a particular scene and particular context of the film. Listening to a song without a clue of  it's context and the movie helps me to see how this song evokes.

With a constant clutter of trending songs, I've tough time to pick some gems and listen to them, travel with them and ponder over them.

Listening to Aaradhike, I decided to get onto the Public bus. It's been ages since I got into a public. With the last mile connect, I was relying heavily on Ola and Uber. Why did I feel like getting on to the bus? That's another story for another day.

As I boarded the bus, listening to the song, I notice the crowd in their own lives. A few that got my attention

A song changes the mood. I was listening to the song until the conductor reminded me to get off at my stop. I got off in a hurry and removing headphones, for a second, I reallised i'm in the middle of the city. I took a pause and walked around to figure out a safe footpath.

As I got onto the footpath, I got back into loop of Aaradhike.

Watching people being caught up in their lives, I walked around until I had to decide at the turns. Right or Left. What turn brings what?

I chose to walk the lanes I already walked with the muse. 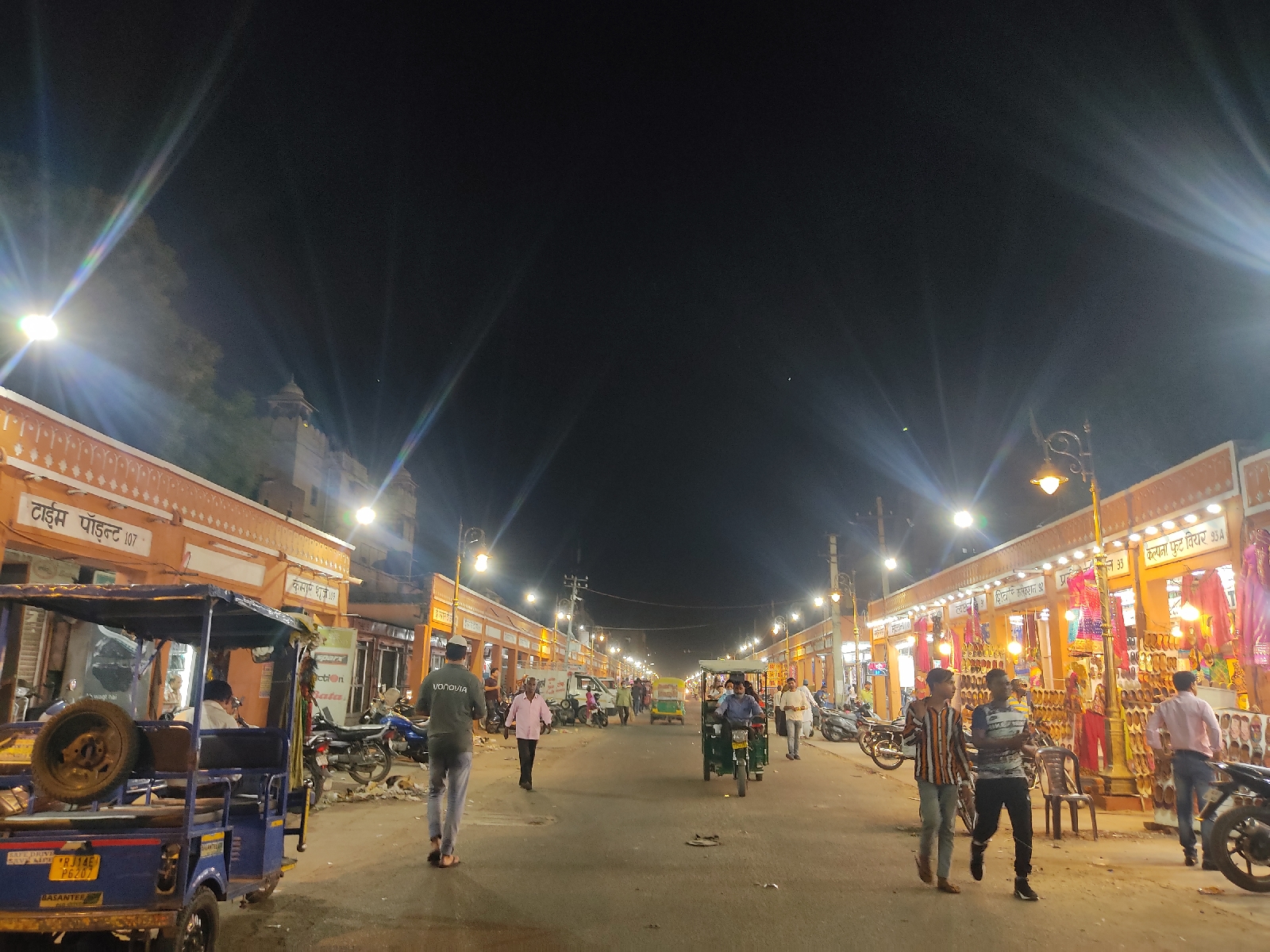 Trailing through the lights and the numbers, I walked a long way, watching the city buzz fading by 8PM. I quickly spotted the shop, got some colors and continued my walk.

Tired of walking around, lemme hop on to the e-rickshaw, I thought. I chose a blue e-Rickshaw that was heading to the other corner of the city. I  hopped on watching the city pass by. 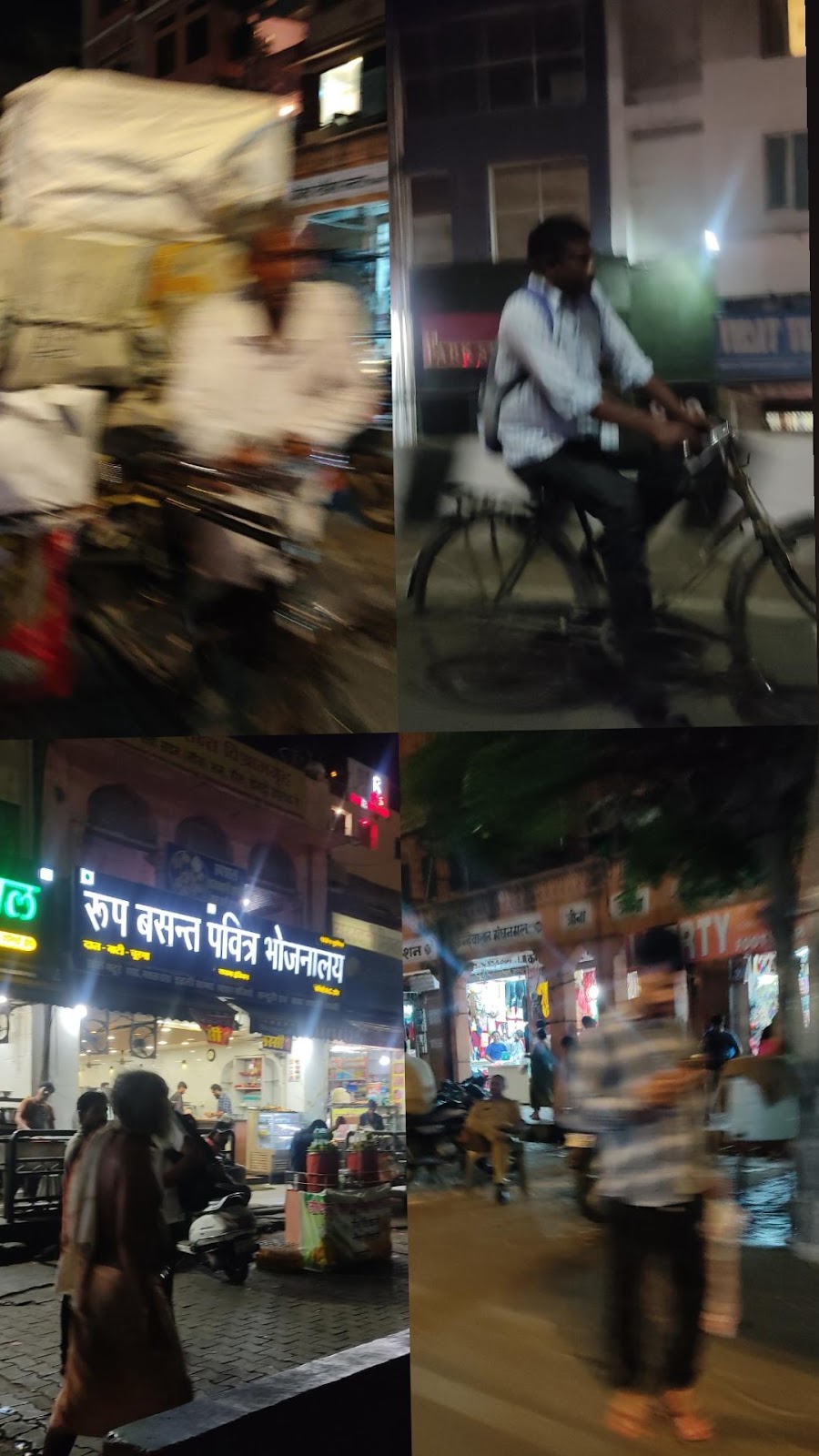 One song. One message. That's what it all took to make my day turn bright.