Thoughts on Education- Imitation of the practices.

One of my friend's daughter got into the 7th standard. Her drama classes are cut, and her friends join FIITJEE Coaching. There's an environment in the school that learning any other than math, science is not as important as the latter.

I met one of my friend's cousin and asked him what does he play? "Nah. Nothing."

He said the story that, he doesn't get time to play.

"Which school do you study?"

Concept Schools!! What is it you learn in concept schools spending almost half your day.

They run the schools stating their focus on a particular kind of education. They tell what they'll be working on, IIT Foundation!!

And knowingly, many parents send their kids without a second thought.

In the urban scenario, engineering has become a state of privileged and a promise to the future. With such hullabaloo, there are a series of common schools who try to imitate the elite schools trying to cater to what's society is asking for.

Society never asked for IIT. All they asked for a promise in the future and with the free market economy and elite school's methods, there's a trend everywhere where holistic education is never encouraged. Such a society would only bring out the crowd who can't be a problem solvers for the current problems in society. 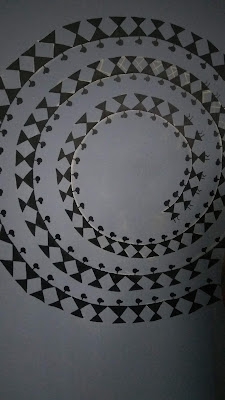 In Krishna Kumar's, "What's worth Teaching?" He talks of this elite and common school practices. This was written in 1992. Wonder what would be his comment seeing such practices in schools.

Jaipur journals- Own your Story

It’s my 12 th day in the campus where I live with these people with whom I dine every night. And we gather talking about everything under ...