In ninth class, we had a group of people from ILM (Institue of Language Management) Bangalore to help us improve our communicative skills in English. I took immense interest in English, for I loved speaking.
I loved to recite monologues in my mother tongue. I loved to participate in Elocution and speeches in English. It was fun. Then, thanks to ILM, we had a lot of opportunities to dabble with English. They rolled out a plan of having a student council that looks after all the language activities.  To set up the Student English Council. They suggested elections. Being in ninth class, we had the opportunity to take part in this process.  I nominated myself in the election competing against Satya Kumar Pavan, Sai Charan, and many more friends.
I worked on my canvassing for the elections. I was confident of winning it while in girls, Swetha, Vanditha, Gnana, and a few more were competing for it.
During my schooling time, Swetha and I were competitors in everything. We acted like cold rivals. I do not remember why we behaved in such a way but, we were cold rivals. I couldn't put up with her. She couldn't stand me. But, we always had an eye on each other. And we both won the elections. We were Director Generals of the Student English Council. We both had to head it together.
Together, we worked and developed a respect for each other during those times. But then, both didn't want to come out and be good. We were cold to each other, we were criticizing each other but, at the end of the day, as heads of the council, we always ended up on the same page and worked together. After that, I left the school and surprisingly, Swetha and I became good friends.
During ninth class, I didn't have a computer at home. Neither printer. I wonder how we had such detailed documentation of all the tasks. Most of the computer tasks was done at Satya's house. He got the computer at the house with an internet connection also in a separate room. We were serious about our work. We divided the school into zones. We formed teams. We assigned tasks to fellow students. We settled up conflicts if there were any. We weren't precocious as such. We had our bias. We were strict on people whom we disliked. I remember being harsh and removing people for their mistakes. In retrospection, I think that we could have changed a few decisions at those times.
I'm amused to look at the meeting minutes. I do not remember having such detailed documentation of these meetings. "To speak English incorrect manner." Now, having a little experience in language learning, I would never ever let children have these beliefs that they come under pressure to speak the language in right way.  I can see how egoistic and childish were our actions then but, I am also glad to be ourselves. There was no harsh moral disciplining on us to behave in one way or the other. The teachers always allowed us to be ourselves but, made sure we never disrespected each other.
I cherish the time I worked on this Student English Council with Swetha, ILM members and my English teacher, Mani sir. Good old times. 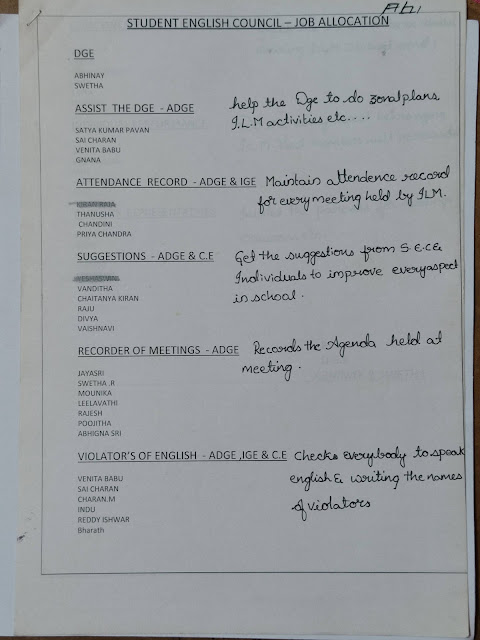 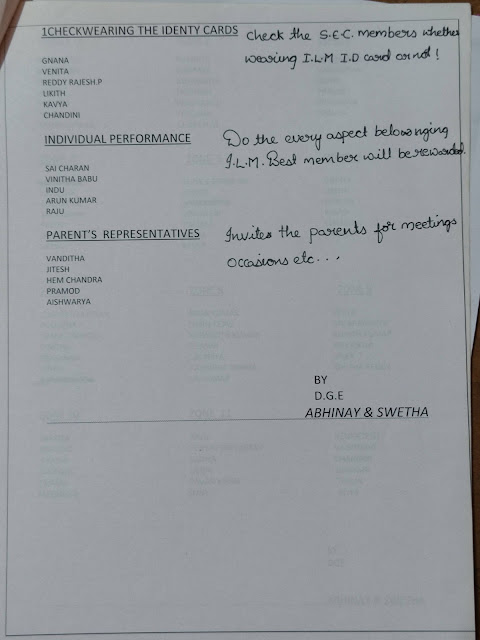 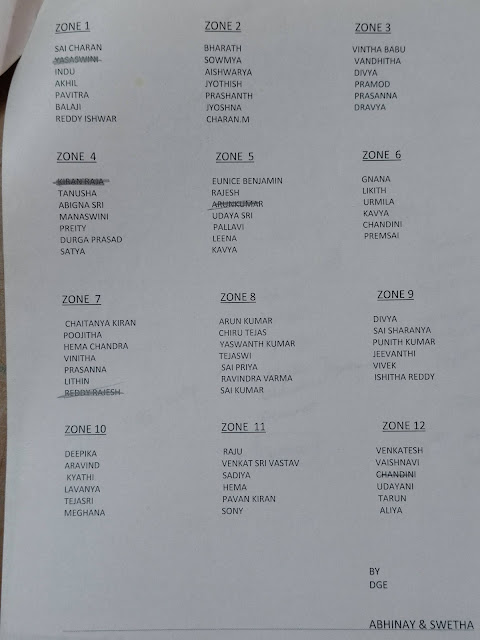 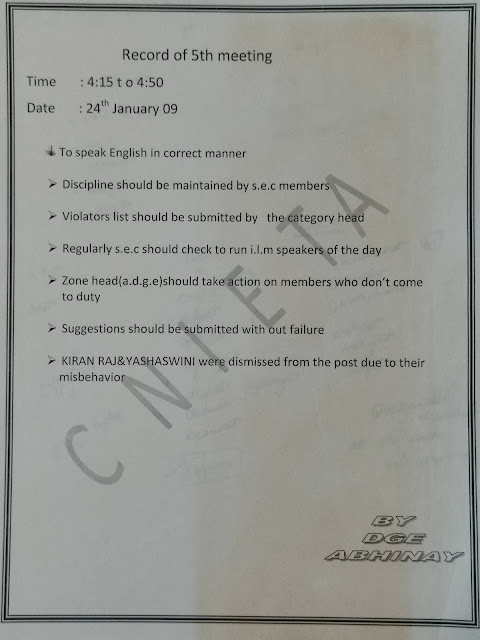 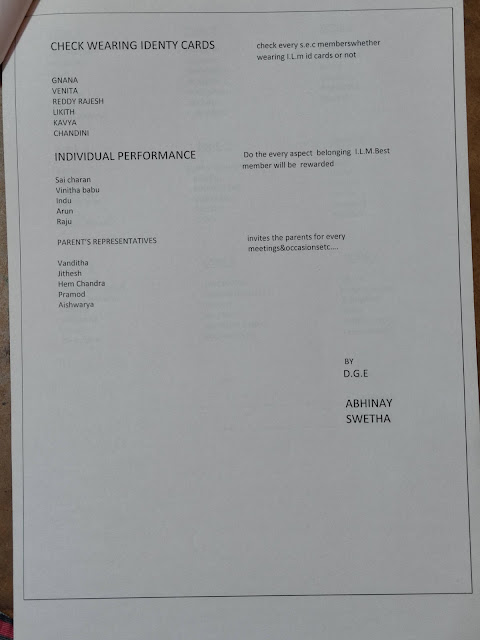 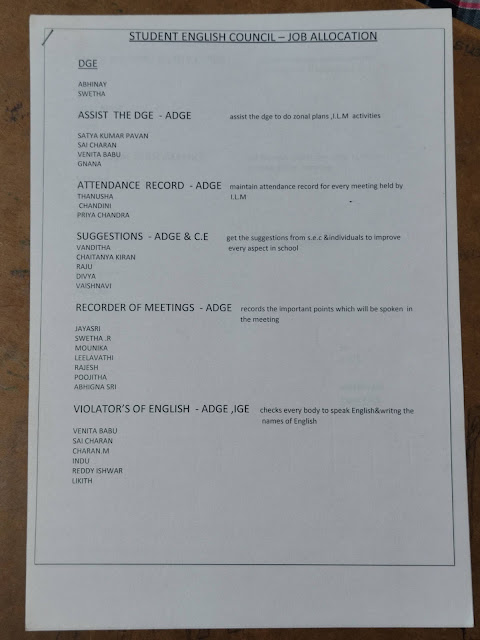