March 21.2022. I missed the first day of the festival and went ahead the next day. I got a chance to watch a play, "Mira" by Sahil Ahuja. I was heartened to see Yogesh performing in the play. This play was about love and loss of Mira Bai. The actors are in their whites and the storytelling goes in a very different format. There's a lot of poetry and also narration within the play. I got a chance to meet some Jaipur localite, Himanshu, a PhD Scholar.

I also got a chance to watch the story reading session of Jhalkari. It's based on the real life story of dalit warrior Jhalkari Bai who became a body double and commander in chief for Rani Lakshmi Bai's women's army. There was a lot of songs and solo performances. Enjoyed it. 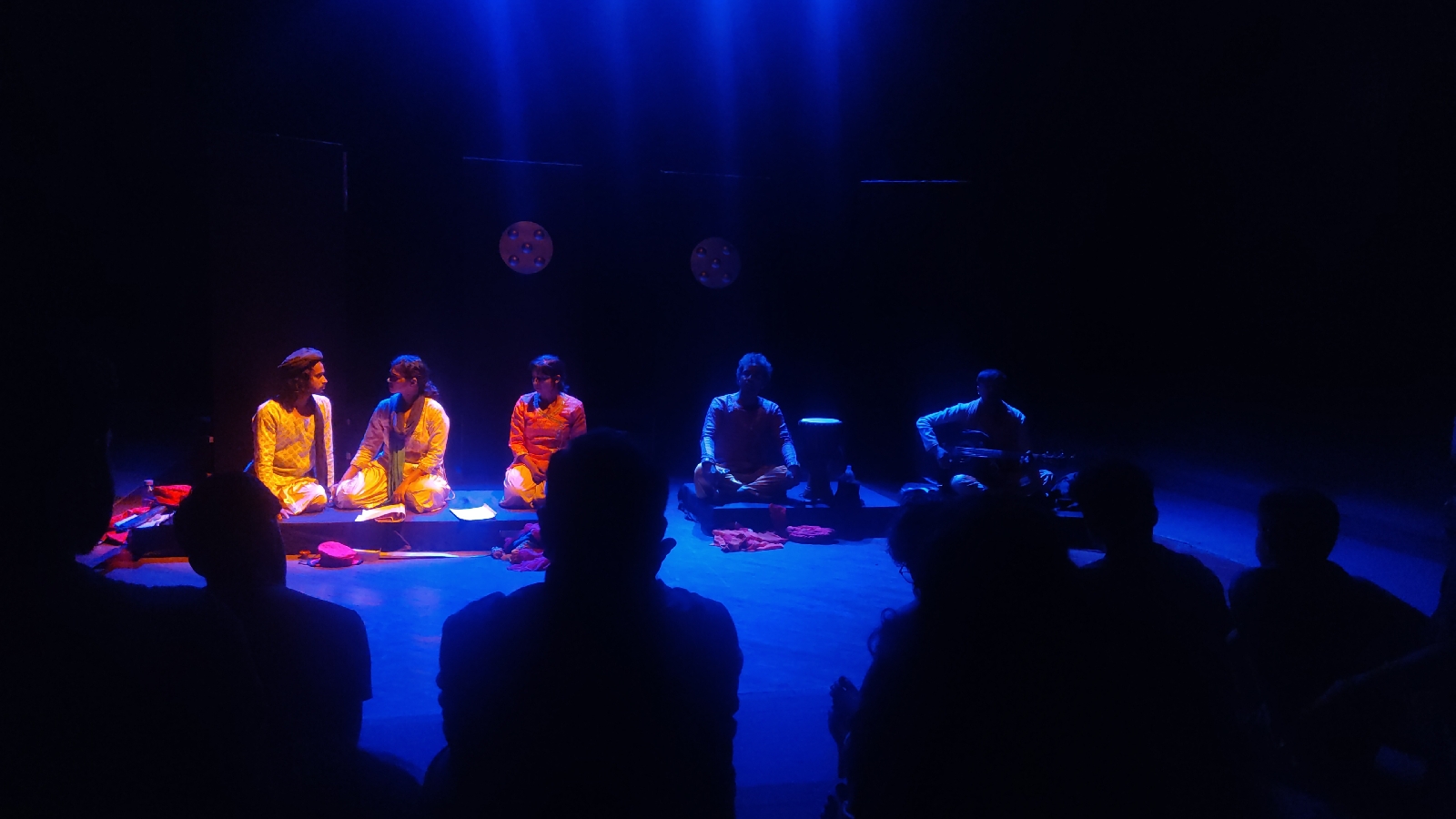 March 22 & 23: For the next two days, I couldn't attend the plays as I was late for the plays. I joined Parul, Swati, Pooja & Usha for a walk at Rajivika Mela. The girls went on shopping gaga while I strolled throrugh stalls attending work calls. Vaishnavi, Padma, Supriya were also present in the Mela. At the end we walked into Indian Coffee house to meet a few more colleagues, Dilip, Imran, Jagadeesh & Narendar. Looks like half of the foundation is at Jawahar Kala Kendr. After a not-so-good Dal Bati at Rajivika Mela, we dispersed and called it a day.  Last minute Pooja & Somesh showed up to hand over the free passes for the festival.

Swati & I went ahead to watch the play Hind Swaraj. Vaishnavi joined. I couldn't sit for long time to watch the play as everything was going bad. Lights, sounds, actors' performance, stage design. I was constantly thinking on how actors would feel when the audience are not enjoying the  play. It's very instantaneous. We react as the actor forgets the dialogue. I couldn't follow the theatre watching etiquettes. Three of us walked out of the play immediately. 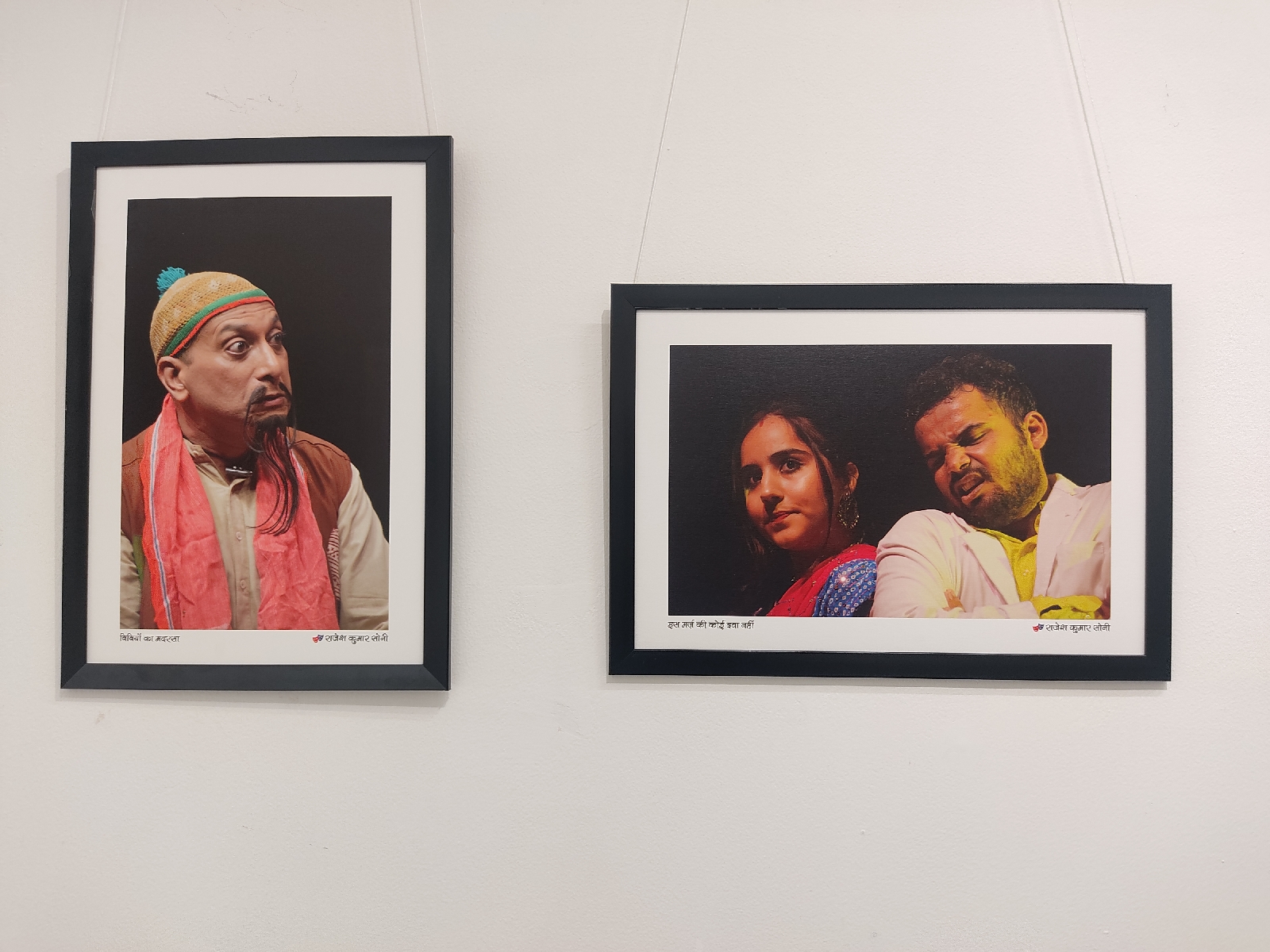 Later, Swati, Jayant, Geetika & I stayed back for Piyush Mishra's performance. Chilling out on the stairs, I enjoyed watching Piyush Mishra sing his hits. For a moment, it became very boriing, as every thing seemed to be similar. He started the show late by hour and ended it early. I wondered if 500 was worthy for such performance.

Vaishnavi & I headed to watch the play, Ek Naukrani ki Diary. It's a two and hour play with a lot of flat narration and the conflicts seemed to be less interesting. This play is hosted by Gandharva theatre group- a lot of newbies and partimers. May be we're too impatient to watch a 2.5 hour play, we thought. 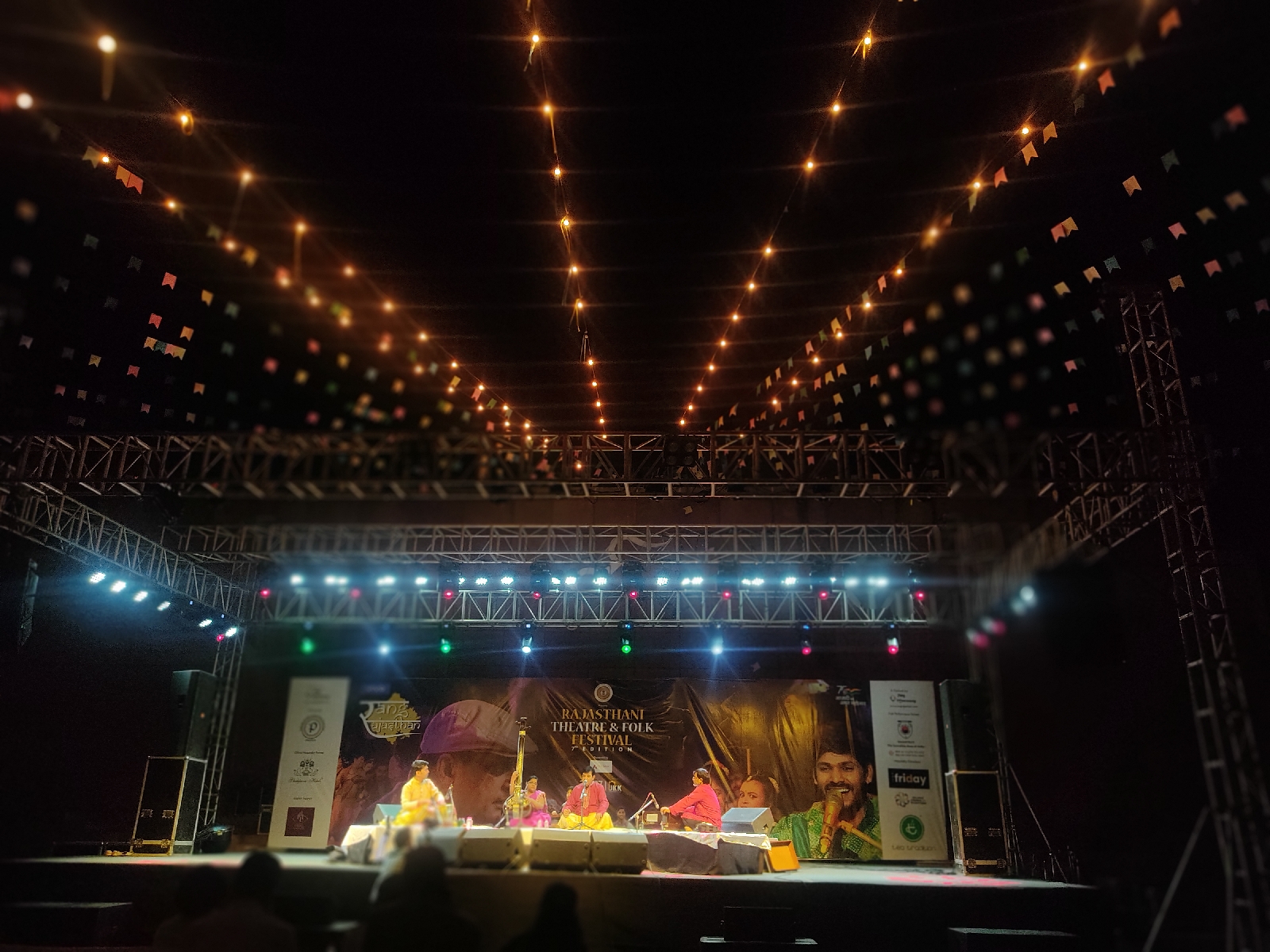 I was determined to check out all the plays and was heading to watch Hasya Chudamani. Vaishnavi joined in last minute. This seemed to be a famous one. It was house full play. Luckily, we got seats and began to watch the play. This play, originally was written by Mahamatya Vatrsraj in 11th Century. It was periodic but, included a lot of modernistic elements in the play. After a point, the satires on BJP were too many to notice. This play had a lot of BundelKand Hindi. Vaishnavi and I struggled to comprehend a few dialogues. As we begin to discuss, we'd miss the next dialogues and try to get back into the play.

I jumped into Vaishnavi's gang plan. A dinner at M M Khan Hotel. This time, we went to M M Khan hotel, at outskirts. A lot of M M Khan Hotels seemed to be in the city. 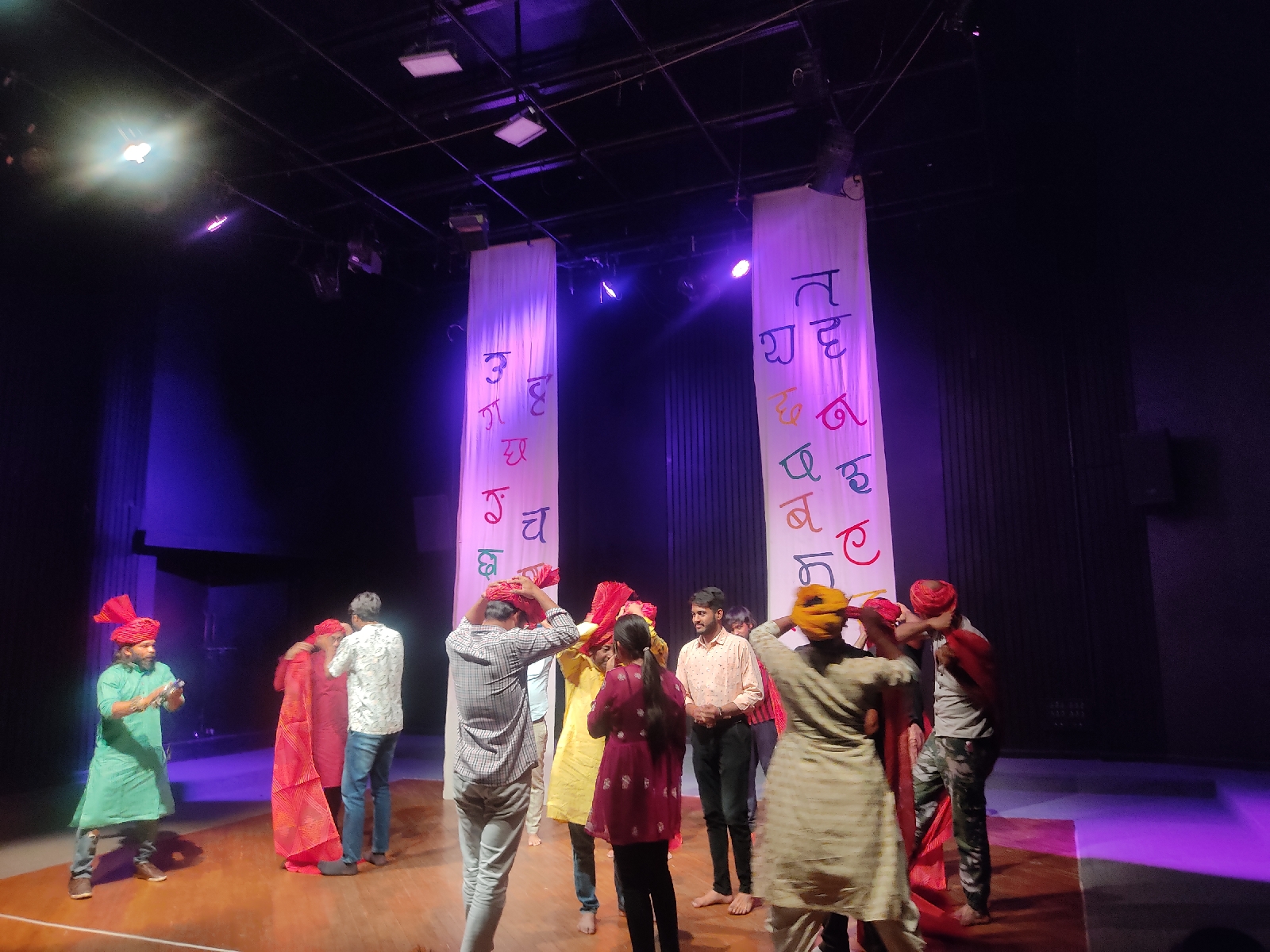 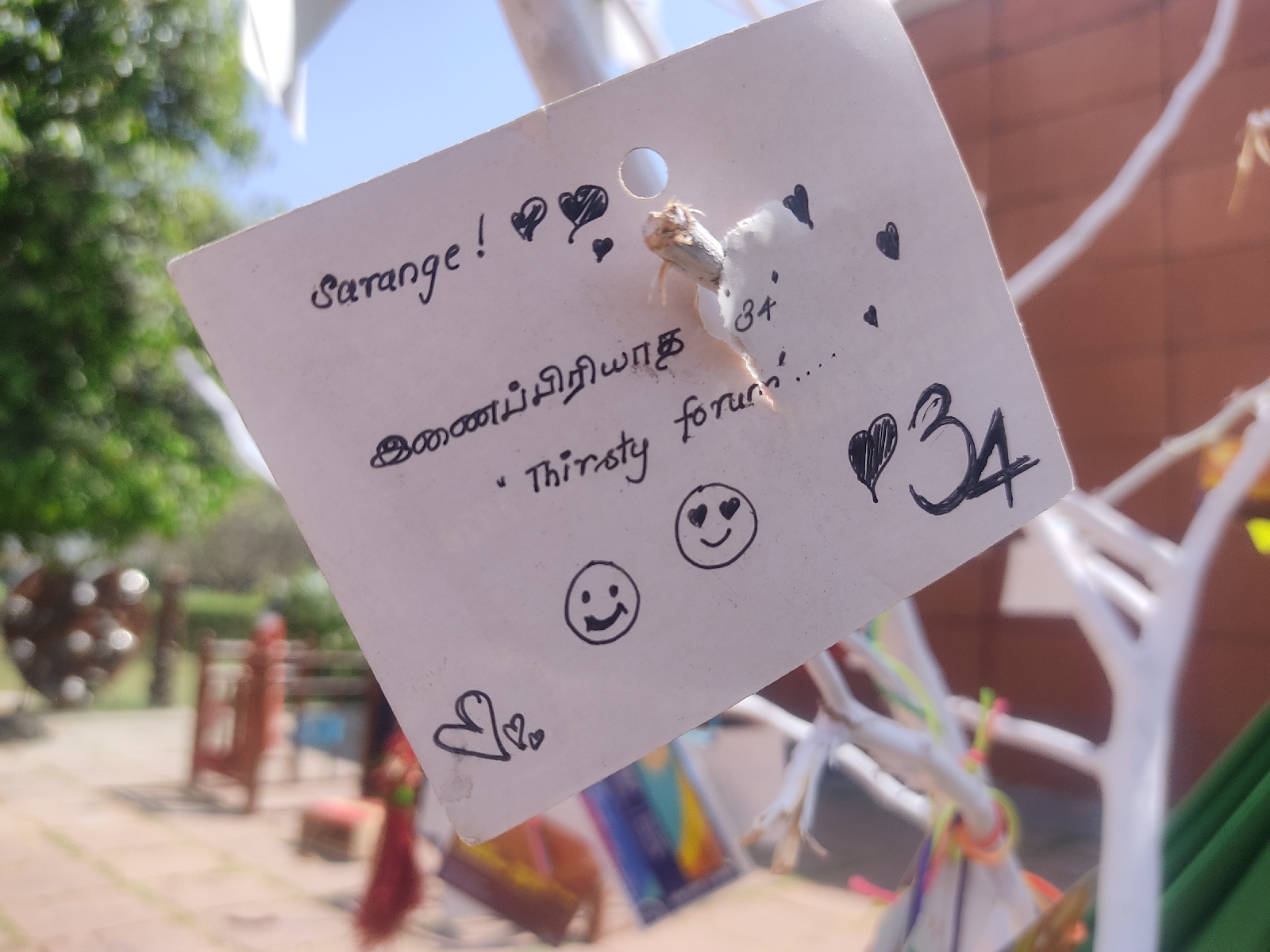 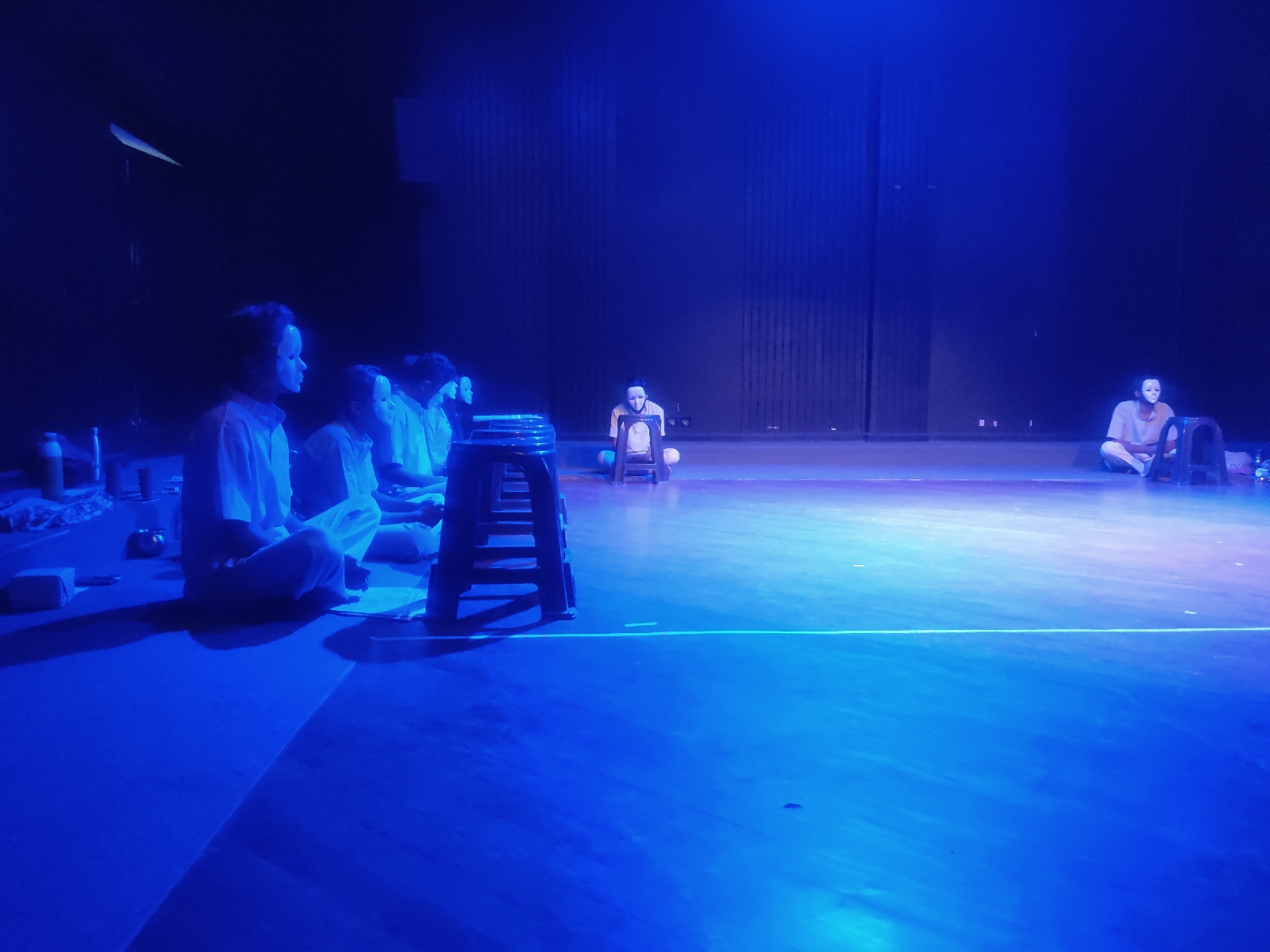 At evening, there was a play-Banswara Company. Enjoyed it thoroughly. It's a play on how a play is performed by the theatre actors.

At last, there was a musical performance by Santoshi Joshi.

Covering  a lot of plays, there was a theatre photographs exhibition by Rajesh Kumar Soni. Enjoyed it as well.

At the end, got a chance to meet the festival organisers Maulshree who seemed to handle a lot of  operations on the go. Discussing with her, I was told, how this festival got started and who handle it. I enjoyed walking to JKK every evening. I wish I had watched all the plays but, due to work I couldn't attend the morning plays. 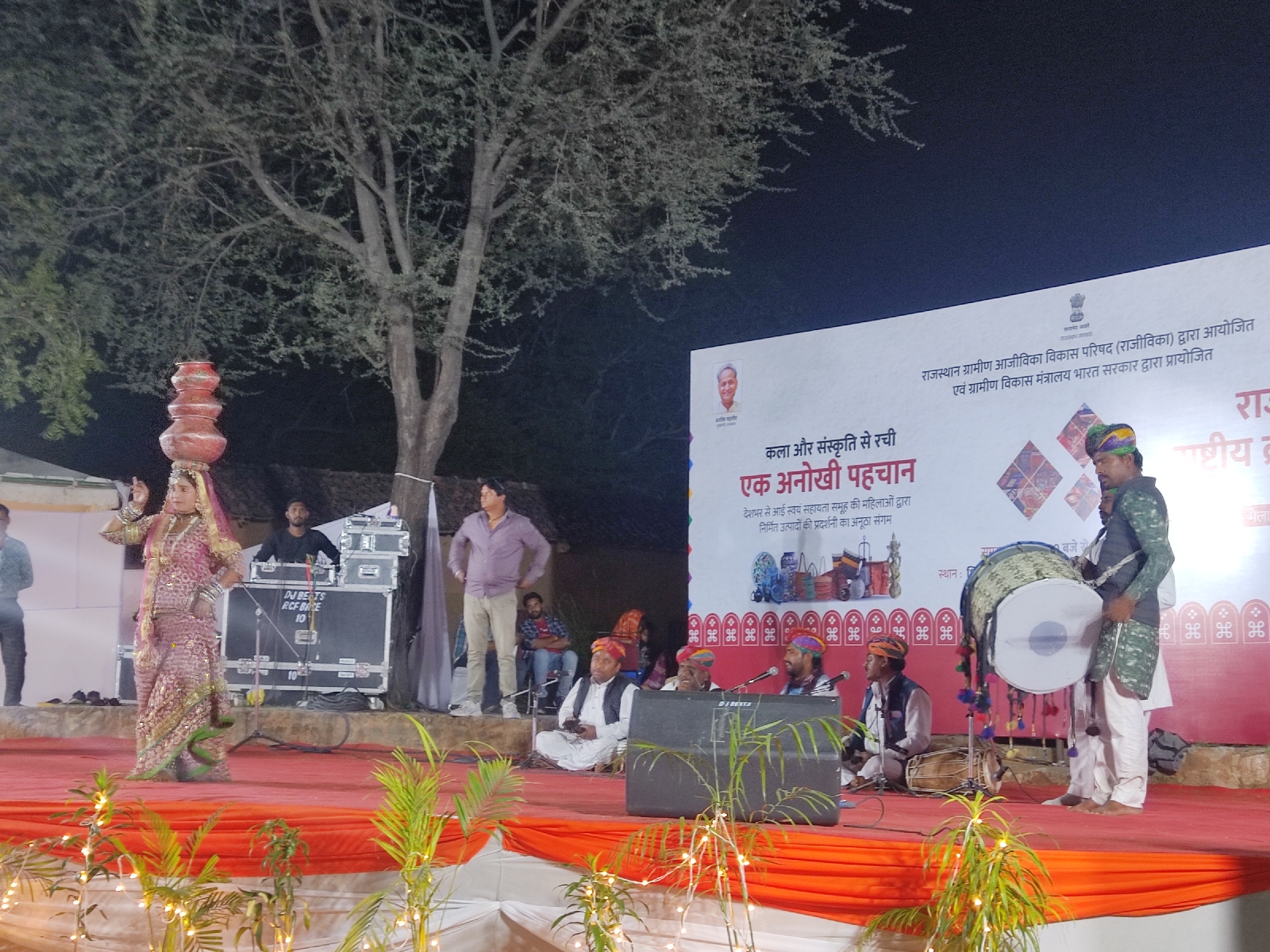 After a long week, I'm happy I got to watch a lot of plays and made a few friends and also spend good time the old friends. Thanks Jawahar Kala Kendr for the best hangout space in Jaipur and cheers Rang Mastaaney for pulling off such a huge event.