My Dad never had a word in my co-curricular, extracurricular or for that matter any curricular activities.  He was not an enthusiastic parent fiddling in the process. My mom, though was strict in discipline. Never again, a forceful parent in education.

At Class 6th,  I was involved in dancing, mimicry, monologues.

I had a chance of participating in the TV Program. People approached my Dad and his response was 'No.' I wasn't discouraged strongly but, I felt bad to hear through Mom that I'd leave education if I venture into the art side. I was too small to think of anything else other than enjoying the process.

I wasn't terrible at studying. I was okay. Only for, the TV program I was denied. Rest, I had full permission. I let the disappointment sink in and continued passing away my time doing things I like.

After that, I was never denied on anything else. Education never was an excuse to restrict me on various things because I was never terrible at studies. My dad never got serious about my education anytime. Even though, I was a rebel in my teens.

My studies till 8th class were great. No one had any complaint about my education. Except for my behavior. I was back answering. I had such a complaint from my friends during my end of schooling. On retrospection, I'm sure, I was rude, talkative, demanding, straight forward. I had innate overconfidence. I do not know what I missed because of those traits as I never had a chance to listen to others about me.

Regarding school education, I only had a word once with my Dad.  To get into a new school in 10th standard. I wrote an entrance exam and scored less in Hindi. Principal mentioned that to my Dad.

"If you had focussed a bit by yourself rather than blaming it on the teacher you wouldn't need to hear those words from this principal."

Well my mistake, I accepted and it was always during my intermediate, I fought with my Dad that I don't give damn about IIT. I had no answer for what I wanted to become but I was sure of what I didn't want to become. I've argued with Dad to an extent where I made it clear that he should not force me. There were vulnerable moments in which he accepted my words. I was sensitive but never let it get away by not just nodding because my dad never instilled fear. I had no absolute fear to express myself at him. He gave me freedom. I cannot imagine the other way.

Was I acting in a disobedient manner? That situation put me to see obedience in another way? Does listening and acting on everything one says makes you obedient. I see the fear in those acts I'm obedient to Dad. Because I do not know what I want to become, I chose the middle path and tried AIEEE. I was was obedient in being honest and truthful to my emotions. 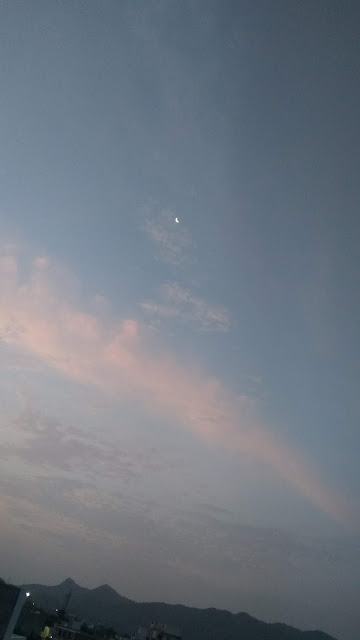 Never was a hustle about my result because the comparison is strictly discouraged. I made it sure from my childhood. Never let anyone compare me with anyone nor, I'm compared to anyone. "Why" is the only question I ask since I was talkative in any way.

Yes, I was quite back answering if I knew people. To stranger questions, I never answered them at all if there's a discussion on the comparison. I told myself that only parents could correct me. And I'm quite sensible with them. They never tried to discourage me.
- July 26, 2019
Email ThisBlogThis!Share to TwitterShare to FacebookShare to Pinterest
Labels: Education, memories, soliloquies