As a part of Theatre in Education five month internship programme, the interns have worked on the play 'Nazar' an adaptation of Munshi Premchand's story, 'Mantr.'

Theatre fellows Sandeep, Anuranjan & Rajesh has devised this play. It's a story of an old man, Bhagat, who visits doctor requesting him to save his son after losing 6 children for unknown ailments. He is denied the service as he's late and came beyond hospital hours. 20 years flash forward, the doctor's son gets bitten by snake and needs help. The old man is a specialist in the area to save people who get bitten by snakes. Will the old man save the child or seeks revenge?

The play was not as simple as the log line. The facilitator has devised the play in such a manner where there's an interaction between actors and participants freezing the play. The interaction went on the solutions and also the dilemma the character was living in.

A few were very sure of their stand in such situations. A few voted for outright revenge. A few became idealistic  and suggested to forget everything and save the child.

A few questioned the character's morale. A few empathised with the old man and supported him to not help the kid.

I found this participatory theatre very interesting. In this form, the audience become the actors, the actors become the characters and the dialogue initiated keeps churing in th minds of all who are involved in it.

After a lot of discussion, the play was resumed to see what Character is going to do. The actor said,'Mere Dil ko kya lagta, woh karunga.' He goes behind and gets the knife.

That one sight of actor taking the knife with him has heightened the dilemma and conflict to the peak to me. My mind was racing with a lot of possibilities. The way the directors have showed the dilemma/ conflict is brilliant.

I've been following the group right, from their rehearsals. It was delightful to watch them rock the stage. Brilliant work guys. 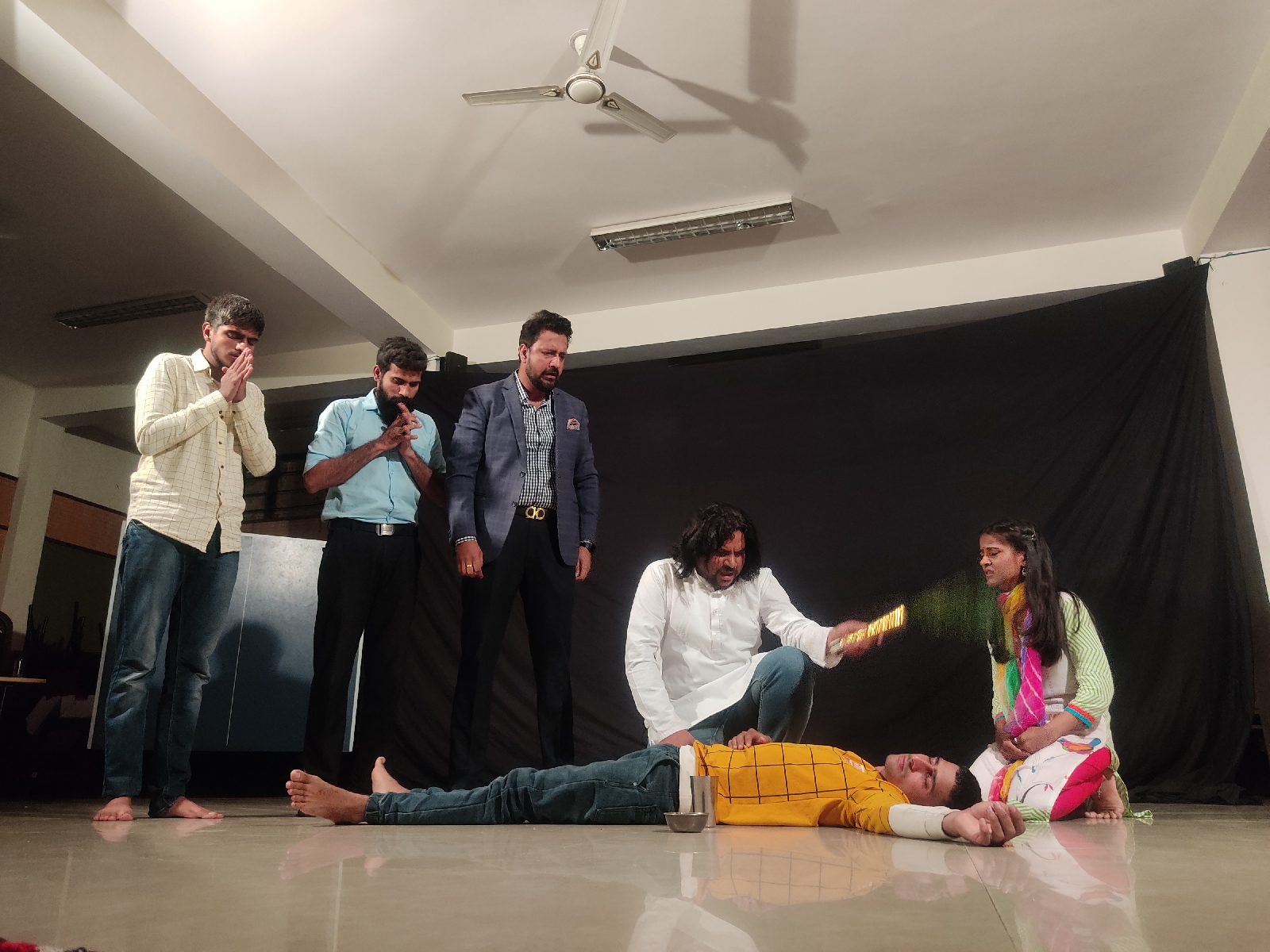 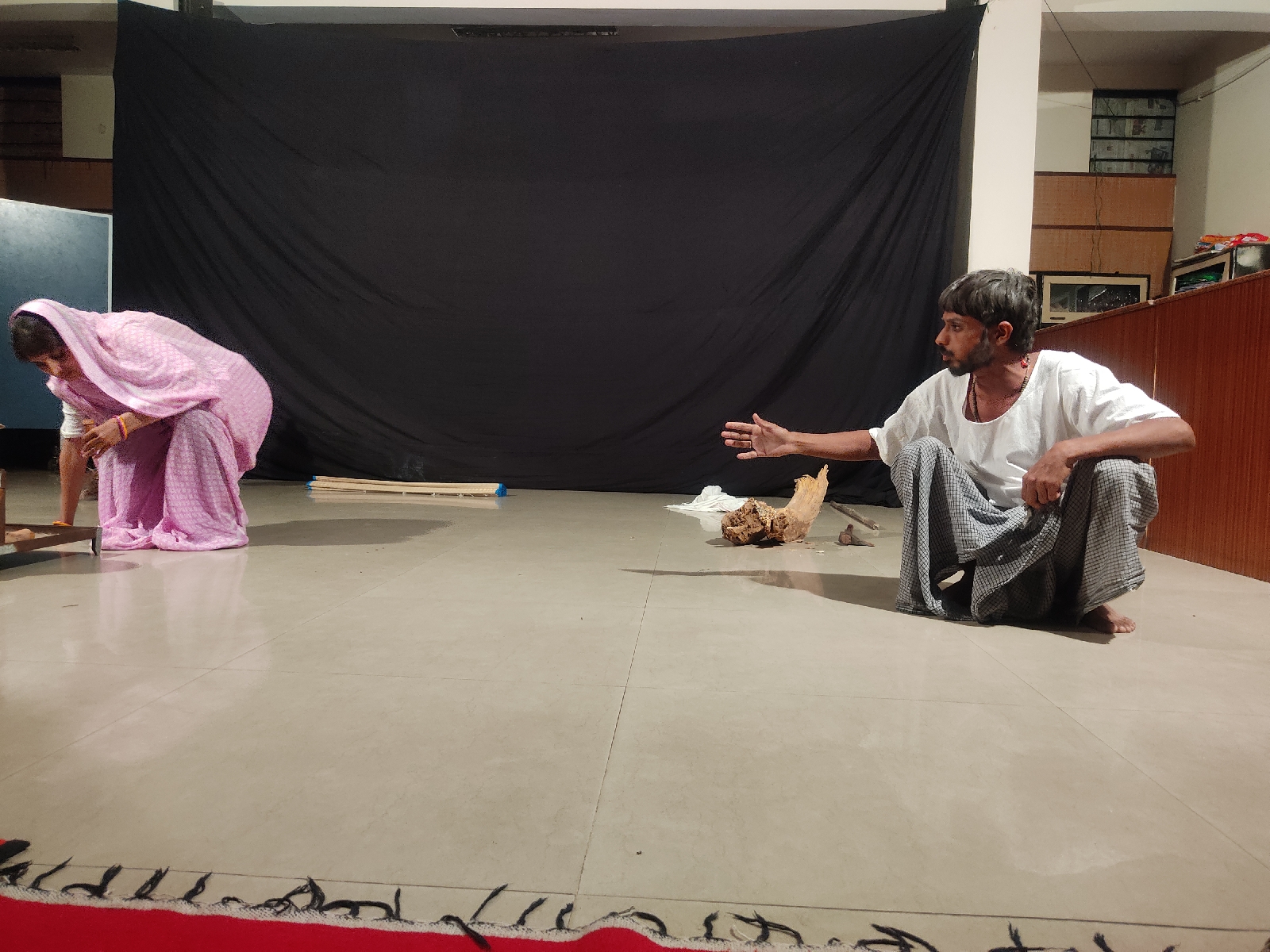 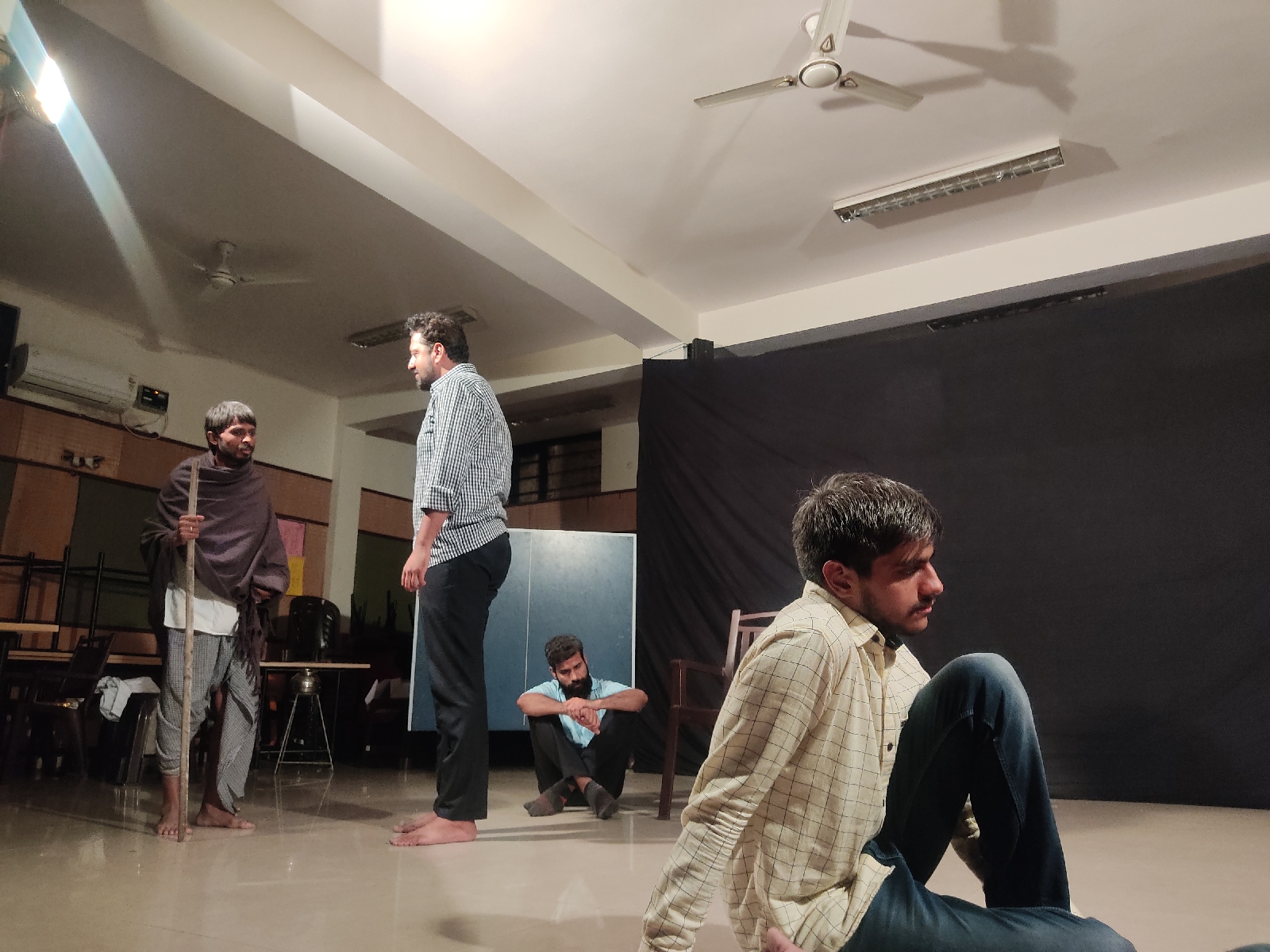