No man is an island Stories - Karthikeyan Santosh 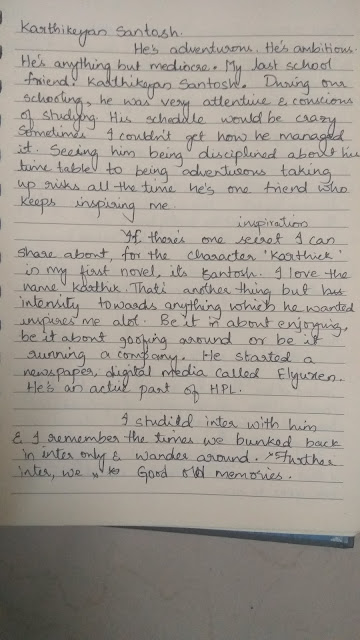 Karthikeyan Santosh is my 10th class friend. I remember writing about him in my journal a year back. Watching him live through various situations, times, puzzles me. Once he is ambitious, once he is wandering. Once he is focused, the next moment he has given up everything.

Amidst all the extremes, he takes up things with a contagious intensity and ambitions.

His friendship provides a sense of confidence. I studied 10th and Intermediate with him. Along with my friends, I'm sure his engineering friends and all others would vouch for him for the sense of confidence he instill. He is famous for his intensity and adventures.

We studied 10th together along with the whole gang including Varun, Sai a.k.a Laddu, Pradeep, Manish, Sandeep, Abhishek, Abhilash, Jayadeep, Lava. I  met all these in the school itself. Unobtrusively, we became a band and had a great time in school.

In school, we had few teachers we had to put up with. Santosh had a great deal in interacting with Srinivas sir, our class teacher.

Santosh is mysterious in his studies. He used to prepare a tough schedule for himself. He studied a lot without a sense of stress. He liked it. I used to get scared when I imagined myself in his shoes.

Being on the extremes simultaneously, he chilled out at great extent. At times, besides studying, he used to bunk the exams sneaking out of school.

School stories remind me of all the fun. 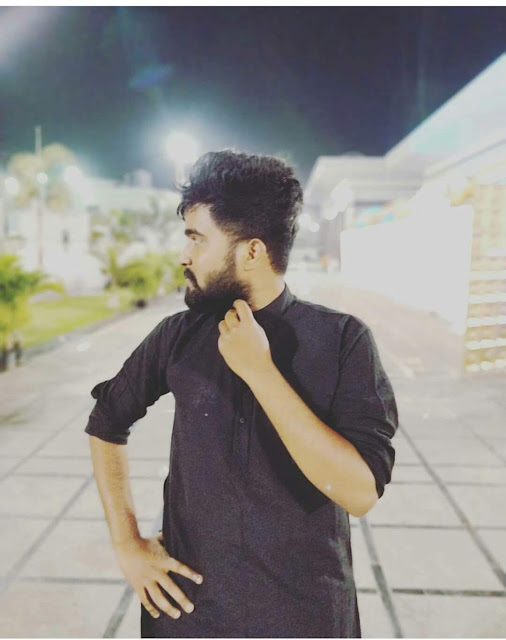 Further, in Intermediate, thanks to our college Narayana, we didn't have to be ambitious by ourselves, we were given no time to think except anything but studies.

Even in such times, we both found an escape, wandering in the cities during college times. Thanks to Preeti, whom we credit for letting us leave college during college hours.

Santosh is always focused on enjoyment. He studied when he found joy in studying and when he finds no joy, he dropped it without any thought of what would happen.

Continuing the same craving for enjoyment in life. He focussed on creating something of value. He pursued his creative interests, cricket, and what not during engineering college making the most of it. 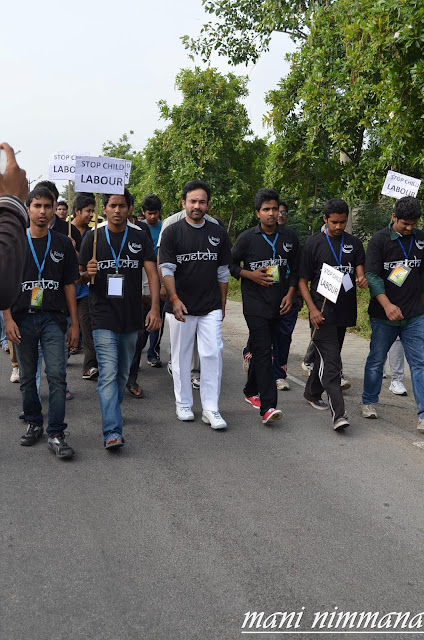 He came up with Elyuxen, digital media newspaper at the starting and built it over the years with commendable management skills. Once he'd be working with an NGO building fund for a cause. Next time, he'd be working with the organizing part of a cricket league. Thinking, he's into different things, he'd come up with another idea pursuing his interests. His interests are varied and got, "never give up" attitude. Amidst all this, money was never the only motive in all his works.

Money never lured him to work. Being in our youth, hearing many of my friends being awed for big fat paychecks, salary packages, Santosh never bought the idea. He could make money if he wishes to. At the same level, he doesn't think twice if he had to spend it all.

He doesn't' think twice to start off anything when he is broke. His confidence scares me for he scales up all his financial deals when he is utterly broke. On being questioned how he would manage, "Thelidhu, Kani vachesthayi,( I don't know but I'll get  the money by end of it.)

And making things happen, he used to get it what he wanted by the end of the day. All thanks to his sense of confidence. There were also the instances where he failed but, failures never defined him.

During my first year of engineering college, all our school friends gathered for a small party. We had a small adventure during the party. Santosh, Manish & myself along with Jayadeep went on a ride and that turned into an adventure.

By the end of my engineering college, when I was penning down the story for my first novel, pondering about the character name for my first book, "In between the bridge," I decided on the name inspired by Santosh characteristics. "Karthick" I named him after the name, Karthikeyan Santosh.

Even he would never know about this until he reads this may be.

Being in different colleges, we met once in a blue moon with our gang. Lava, Laddu, Manish, Varun, Abhishek were the regulars whenever we met.

Hope to huddle up soon for more stories and adventures.
- September 08, 2019
Email ThisBlogThis!Share to TwitterShare to FacebookShare to Pinterest
Labels: friends, gratitude