Hitchhiking Diaries- With Koki and Taisei

He stayed amid the crowd with no expression on his face. His expressions signalled that he's in his own world. His mother was exuberant calling him, ‘Koki!’2 year old cute Koki hails from Japan touring India with his parents. I couldn’t stop myself from taking him near me. I started speaking to him and silence was the response. On being asked about them, Shoko, Koki’s mother told about whereabouts and their trip. 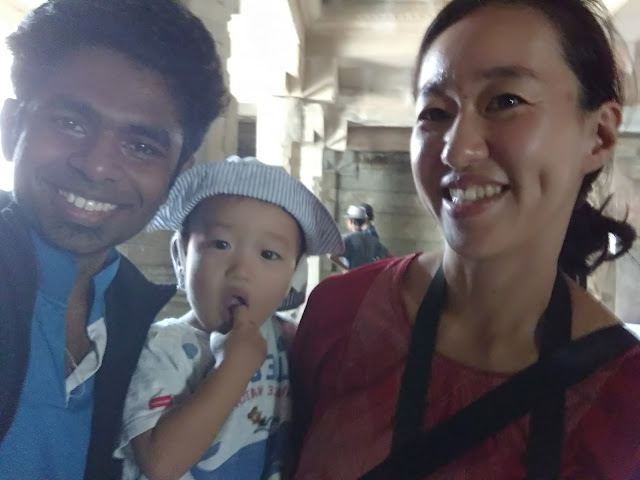 Names always intrigue me. On being asked about the meaning of names, I learnt few Japanese words. Ko- Sunshine, Ki- Sea. While we were in a full conversation, we had another guest, rounding up the whole place. 4 year old Thaise, Koki’s brother.Thaise is very active and kept running all the time. Kids hardly understood english but,  we got connected in a trice. He quickly grabbed my hand and took me for a tour. We ran together corner to corner exploring the temple. Koki was left with his mother. After few minutes of running, Koki joined us and we three were sitting at one place, sharing smiles. 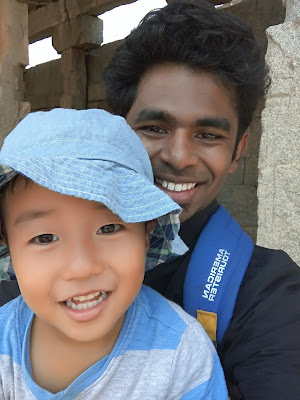 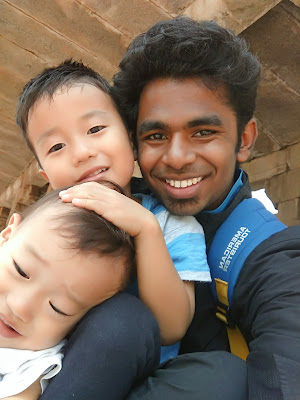 “Ab Nayo” is the word I frequently heard from Koki’s mother. I wondered how she knew my name without ever telling her. Later, I realized, it means, “Danger,” she was warning Koki and Thaise from reaching edges of the steps.
And then we strolled all around the temple, while I was holding Koki. Thaise tried dragging me while I was with Koki. We ran. We played. We had a great time. Meanwhile, I tried learning few words from Shoko, Koki’s mother. 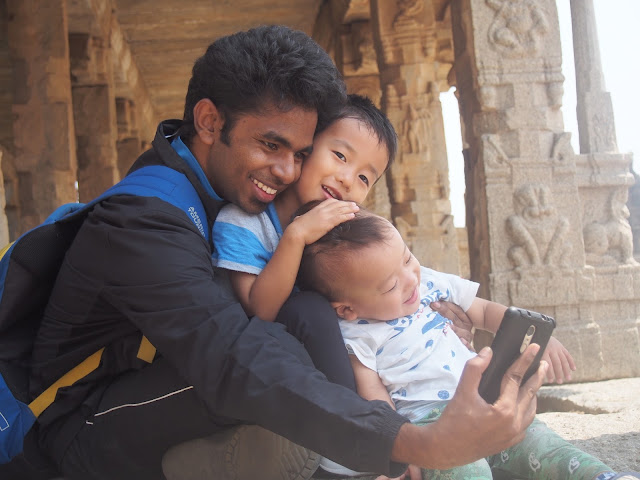 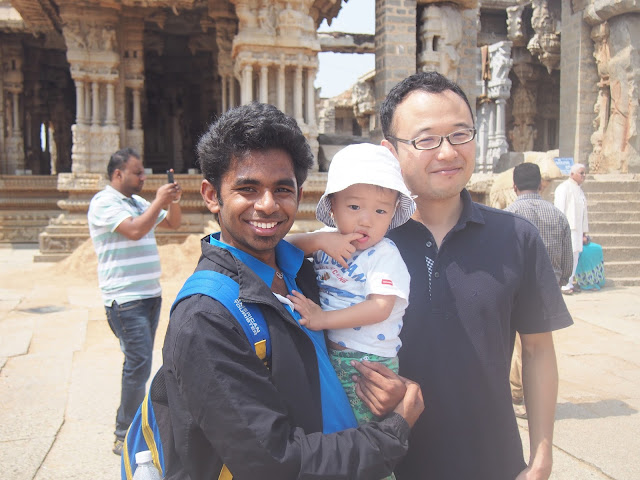 After an hour, Koki and I were very comfortable with each other. He started dancing with me, grinning at me. Koki with all smiles was damn adorable!
It was beautiful afternoon with these two little kids. Wish to meet them again at other place and other time in India.
- October 30, 2017
Email ThisBlogThis!Share to TwitterShare to FacebookShare to Pinterest