The show started with Langa Musician's performance. The host is an old man with a stubble wearing a  white shirt and dhoti. On top of that, a yellow half coat and a subtle turban. A pleasant host, encouarging the audience to cheer rather than a pretentious loudy noisy hosts.

He welcomed all the performers with a slight introduction of the folk art and the artisit. However, it'd have been nice, if the host managed to pronounce Tamil folk art form, Koyilaatam, and Thapaatam.

In total, I watched ten performances. Of all, most of the folk art forms had to do with fire and rhythm.

In Rajasthan chari's dance, women had pots on their head and in the pots was fire. There was a live band to which performers were dancing.

Bundel Khand's Badhai was a performance with a lot of swirls and happy faces.

Prachin Garba was splendid. In this performance, women in red and blue Ghagra, put one single brown pot in the middle and in cirlce formation, they performed Garba. They performed to a audio recording than a live musical performance.

Assamese Bihu had a flautist, drummers, women with red bindi and round faces. A charming performance. Truly these people were enjoying the rhythm. The smiles on their faces were infectious.

Oyilatam had a interesting story, it began when the crop is about to get harvested and had to drive a lot of birds. In the act of driving away birds, they perform with a cloth and later, women join in and also various instruments compliments the performance. Artists seemed bit lost. There was a single person who was leading and orchestrating everyone on the stage. Others were looking for the cues. 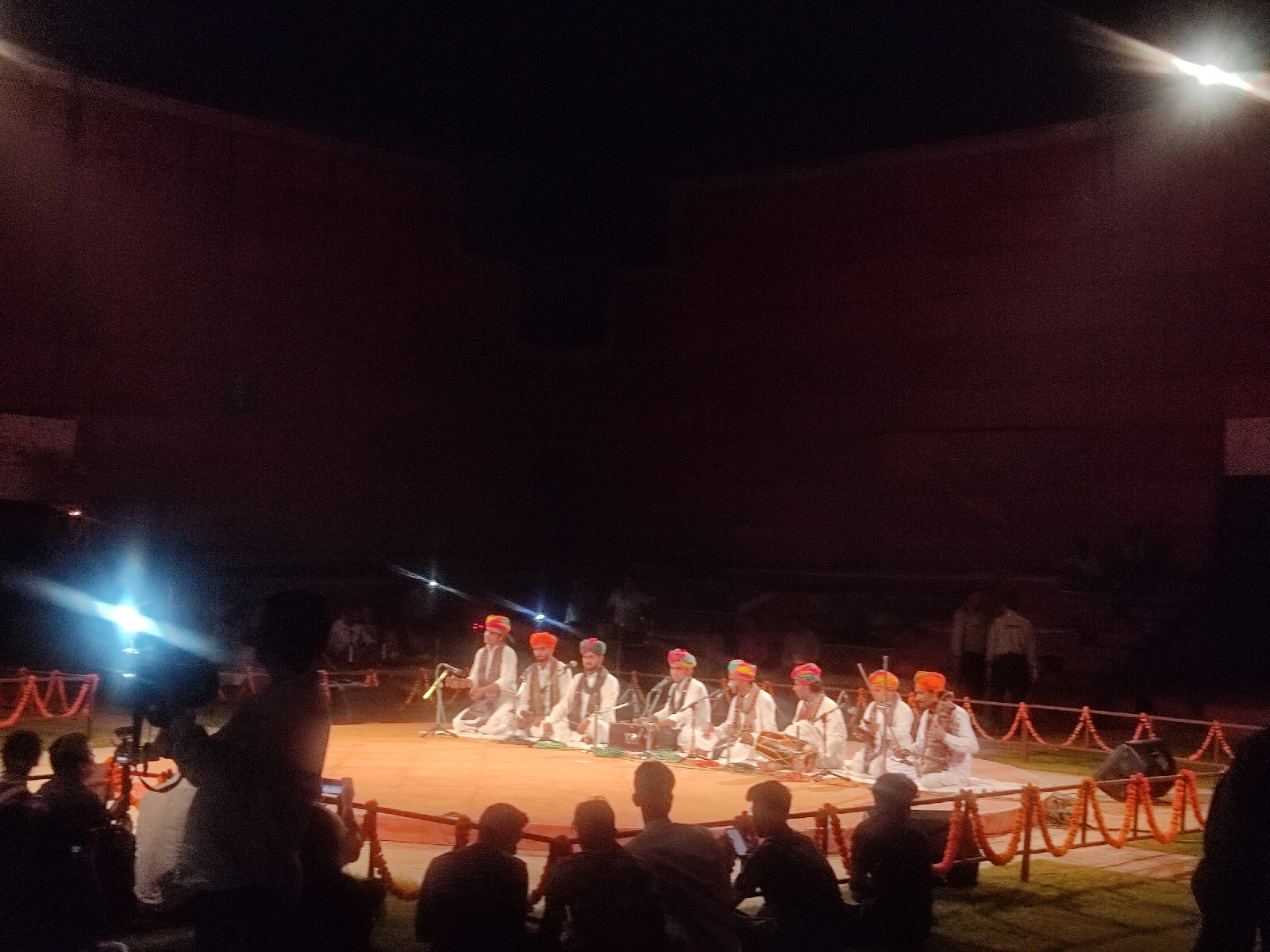 Thapaatam was the last peformance of the show. A big bass drum, along with the single face percussion instruments. Kalaimaani Raja was the leader of the troupe. He wasn't anxious or angry. With a confidence, he was gathering his team to perform. Most of them were looking for his cues.

Holi adiwasi dance from Gujarat was full of gymanstics- two formations that stayed with me, were of Krishna riding the chariot and another of him, chilling out with a flute.

Dhediya Dance from UttarPradesh was also a delightful one.