Fault in our stars- Book

Fault in our stars

Many spoke about “John Green” and his books. I’ve people who praised him to the clouds. Never ever I tried to spend my time on him and his books but, recently I could get my hands on “Fault in our stars”

John Green has written absolutely with lot of wit and wisdom. It’s not a sick lit novel but it’s more of a realistic story with lot of subtleties. I totally agree with my friend who said, “Got to love his writing. Reading it now (20+) won’t be the same as reading it as a teenager. He primarily focuses on writing for young adults.” 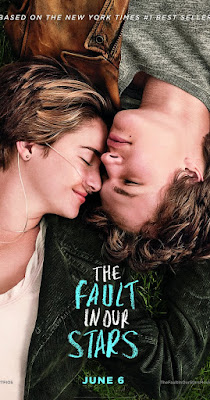 I don’t know If i would love his stories if only had I read them during my teenage. There are few lines which I quoted to reread them. Well written book.