On the occasion of Children's Day, Jawahar Kala Kendr has hosted a play at Rangayan by National Shool of Drama,Delhi, a TIE company-Sanskar Rang Toli.  I just learned that Sanskar Rang Toli is a Hindi version of Theatre in Education. I wish they came up with simpler words.

Back to the play, this play has some 15 odd actors wearing different hats at different times to narrate the storie of Birbal, Tenali Raman, and many other personalities who displayed their wits and won the praises of Kings and their Lords. 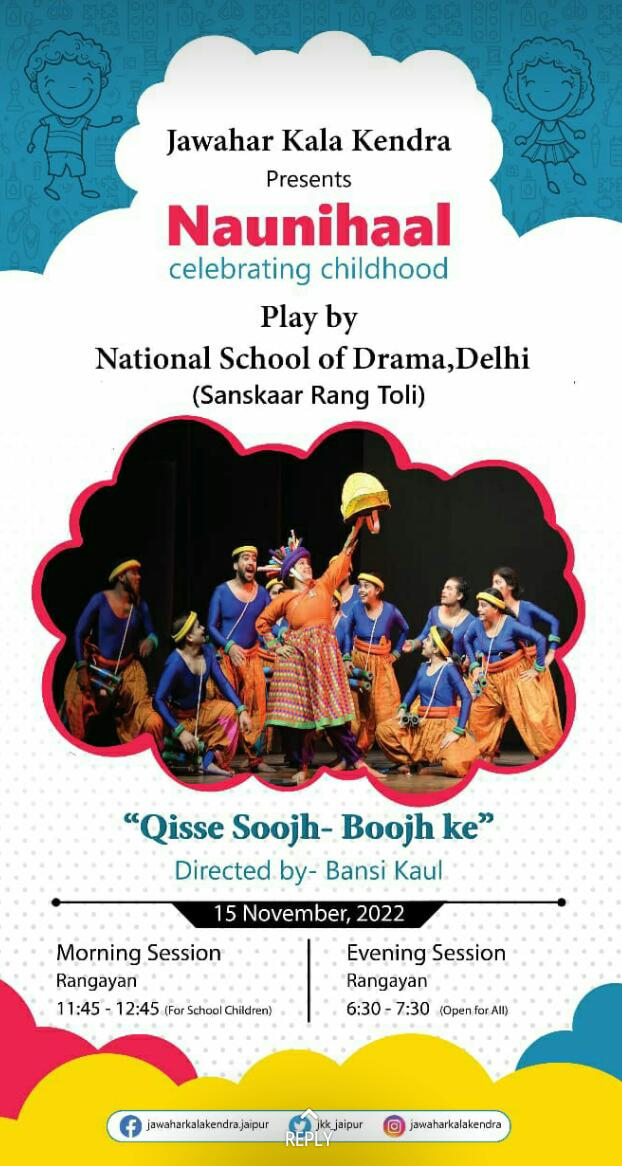 It was fun to solve the math riddles in between the play, engaging the audience. 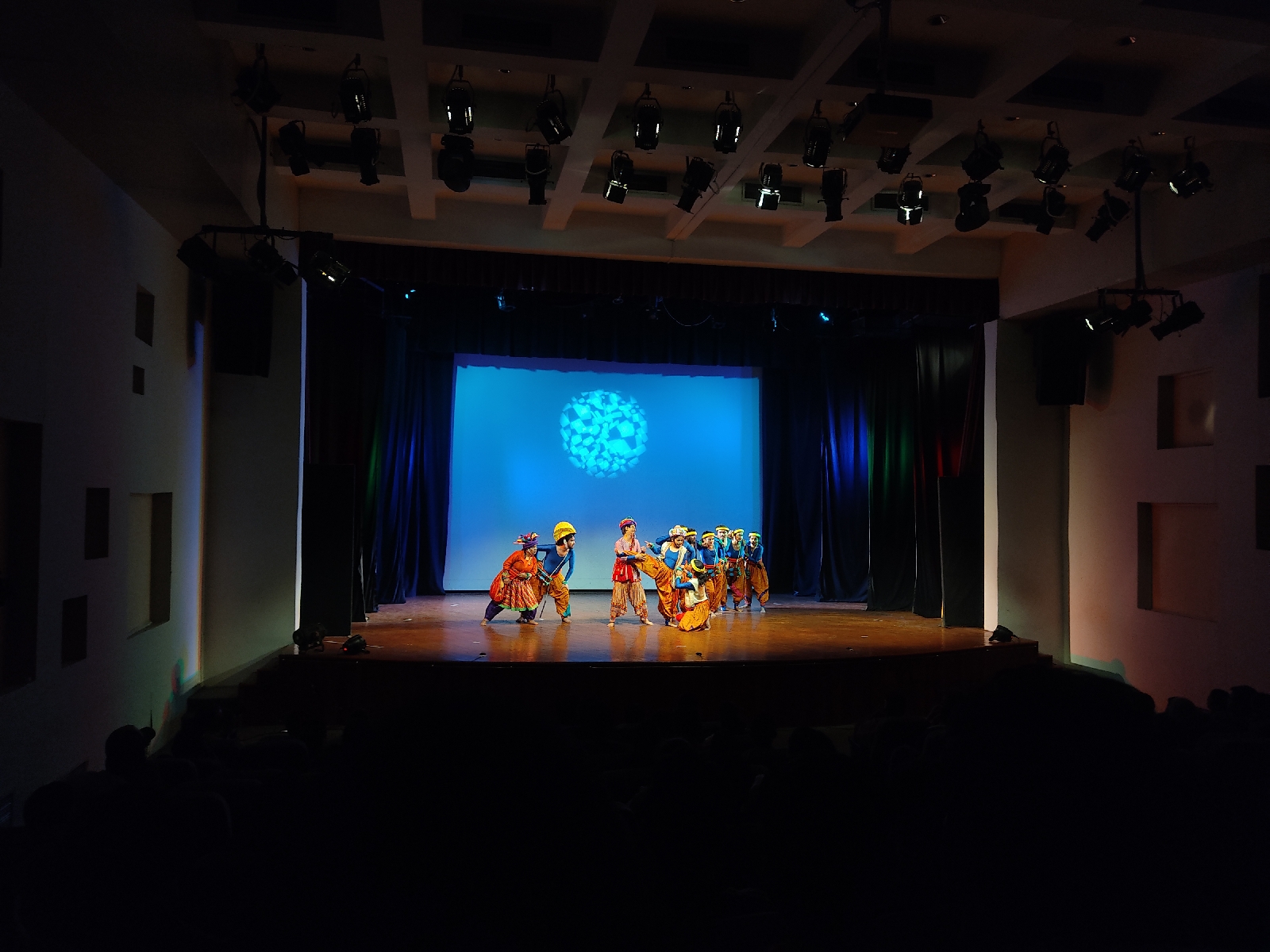 With little live performance of songs by actors, there's so many tracks that were blaring through the speakers, all through out the play. The tracks weren't equalised well as well. A few were coming out through left, a few from right in incoherent way. There wasn't sync between the actors either at times,hence the visuals they're trying to form weren't impactful. There's high expectations from Sanskar Rang Toli! Wish they up their game!