Over a indie Gig, I met Puneet, who is a psychotherapist and hosts meet ups bringing people together to play board games. I signed up for the event and was pretty late to the venue. It was hosted in Central Park. Sprawling over the lush grass, Puneet found a nice gazebo with intriguing archs and patterns. Puneet was sitting with one more person, who walked all over the central searching for the venue.

As no one showed up, Puneet and I caught up over conversation and shared our stories. Puneet did his masters in Psychology in Pune, worked their for good time and relocated to his home, Jaipur.  He got introduced to board games in Pune and he wanted to introduce it in Jaipur. He met a person who had inclination towards board games and got ready to host him. Over a year, the board games meet up were hosted in that cafe and as it's being renovated, Puneet is experimenting with the places, times and other factors that affects bringing people together for the meet up.

When I host in cafe, people show up but, public venue like Central Park, people don't show up as they feel it's too hot to catch up in the park. I see some comfort creep there! 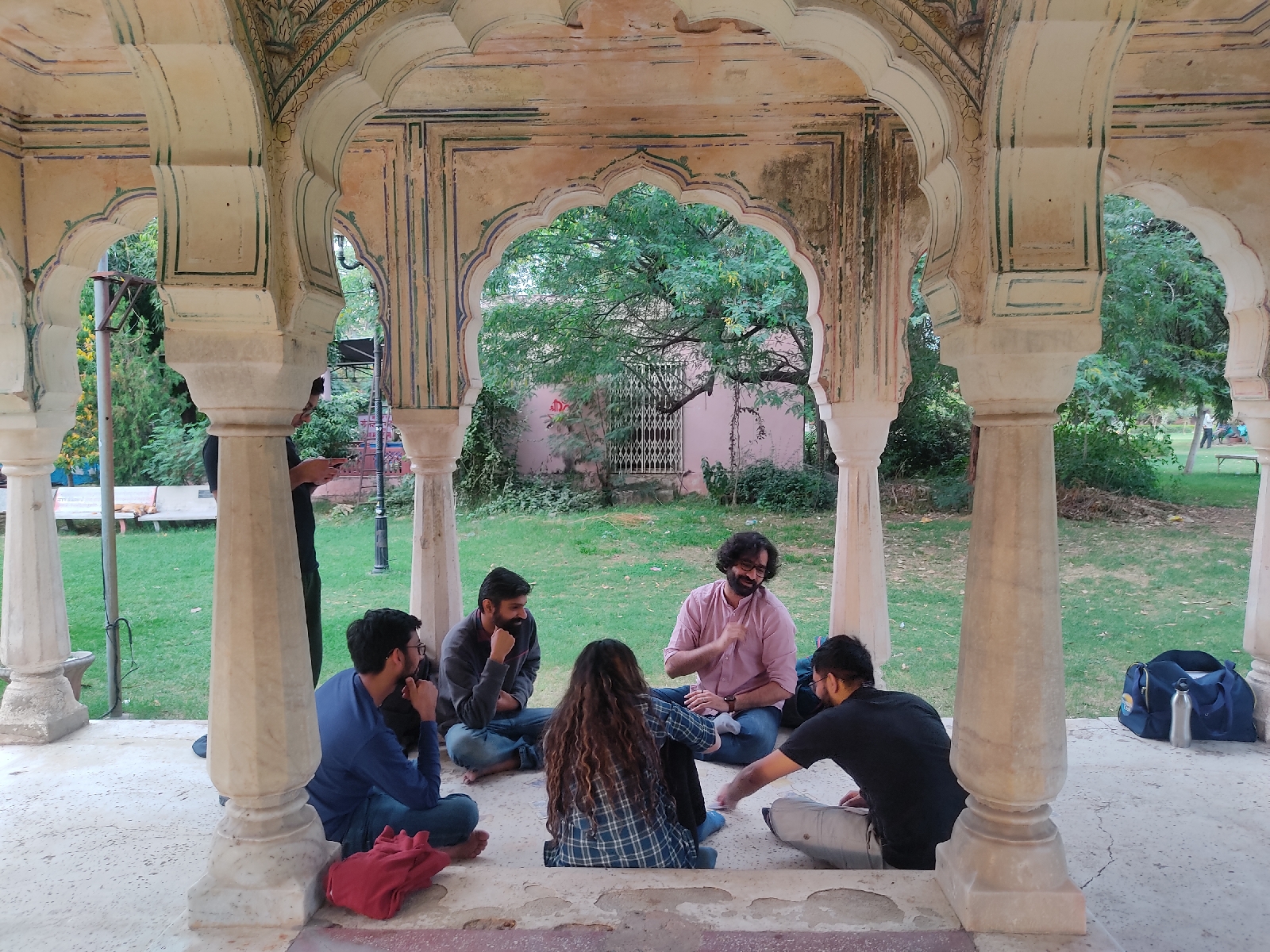 Puneet and i discussed a bit about what it is to be an employee and  what it is to maintain work-life balance. Procrastination is a skill. Many a times, we tend to finish off things as quickly as possible stressing ourselves terribly. If we are able to procrastinate and execute it as decided, we may bring better productivity in our life, thinks Puneet. It's interesting to see Procrastination in new light.

Discussing with Puneet, I could reflect on how we're conditioned to respond immediately and seek responses immediately. It's time we set boundaries for ourselves on how we respond to people, giving time to ourselves rather than trying to be there for everyone at everytime.