Living in a small town, we're on our own. We can't meet our friends post work. There aren't many friends to make in the town as well. We work with our colleagues. And only few become friends. Azhar is one of them.  Azhar called up on a late night. 11 PM in a small town is late night. We caught up on what's happening in our lives. Azhar lives in Abu Road. I live in Sirohi. Dyu, Shankar, Azhar and I, four of us manage to hang out together whenever given chance. It's been really a long time since we caught up.

"What are you doing?," he asked. "About to sleep." "This summer, there's a flower that blooms," Azhar began his explanation, "Palaash. Desert rose it's called. It's bloomed when the summer has begun drying all the leaves and the mountains have turned barren." 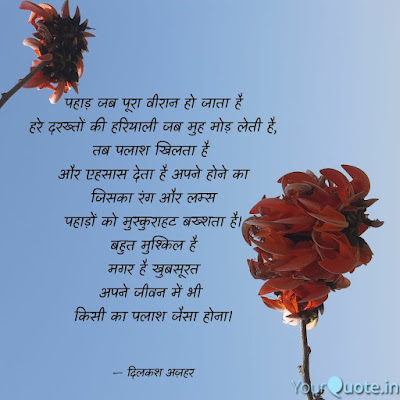 Azhar wrote a poem on Palaash.  He read it out to me, while I was imagining the Palaash, the desert rose. Discussing Palaash and the importance of it. we discussed metaphors and a lot more.

Palaash mei Talaash. I began scribbling inspired by his lines. "We can work on Urdu and English." I shared my idea.

There's a shayar, Parveen Shaakir, mentioned Azhar. We went on celebrating Parveen's life by sharing a few of her words and thoughts. I remember listening to her through Azhar very well.

"She has already written alot combining Urdu and English," he mentioned. After a conversation with Azhar, I was rejuvenated by the words and the metaphors. Thanks Azhar for calling up. Love to discuss poetry with you.

On a deeper note, I think that we share because we want to reflect on it. When someone shares something, we can call and discuss the work, idea, art. That's how we can reflect better. I enjoyed discussing Azhar's work. 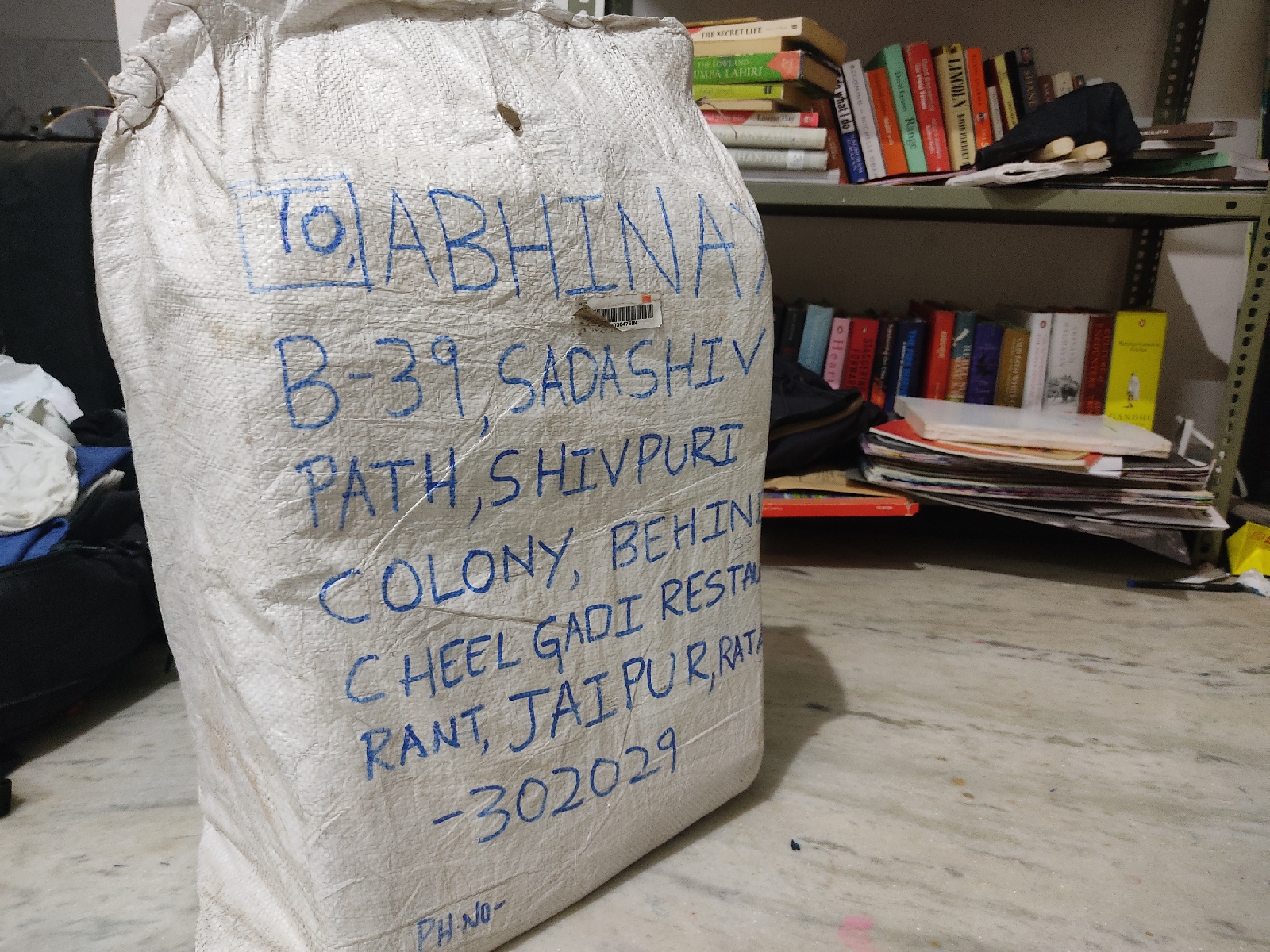